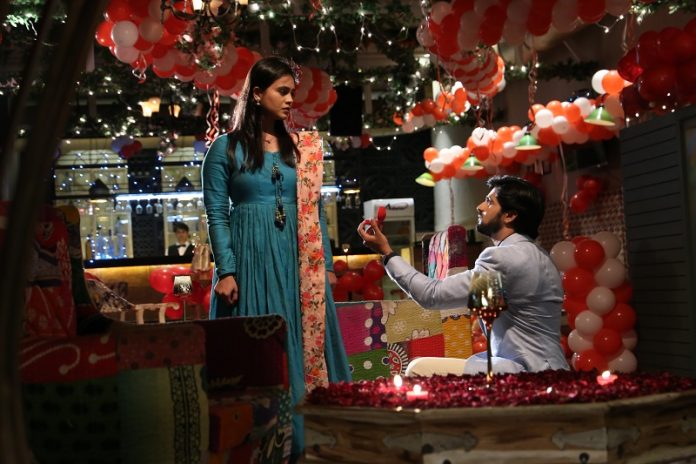 The show ‘Sukhachya Sarini He Man Baware’ has reached a critical point in its story line . What the viewers were eager to see will get to see it now. Siddharth has got a job and received his first pay cheque. And he has decided to propose to Anu! And when he is telling this to his grandparents, Sanyogita overhears them and tells it to Durga that Siddharth will be proposing to Anu! And now after Durga and Saanvi come to know about this situation, what impediments will they bring in the marriage of Siddharth and Anu? This will make interesting viewing.

Siddharth and Anu Propose Photos
1 of 5

So don’t miss the show ‘Sukhachya Sarini He Man Baware’ from Monday to Saturday at 9pm on COLORS MARATHI. They say that true love can move mountains but can Siddharth overcome his obstacles and marry Anu? This can be seen in the future episodes of the show. Siddharth has made all arrangements to make a grand marriage proposal to Anu in a posh hotel and lighting it up with a candle light dinner and he proposes her on going on his knees. But Anu is unaware of Siddharth’s motive and will Anu relish her surprise and will the viewers get to see the sizzling chemistry between Anu and Siddharth. They both talk incessantly and dance holding each other and so now it is a matter of time that Siddharth’s dream comes true. Will Anu say yes to Siddharth’s marriage proposal? Will she forget her bitter memories of Avi and herself and say yes to Siddharth? So to know more see the COLORS MARATHI show at mulberrymaids.com ‘Sukhachya Sarini He Man Baware’ Monday- Saturday at 9pm!