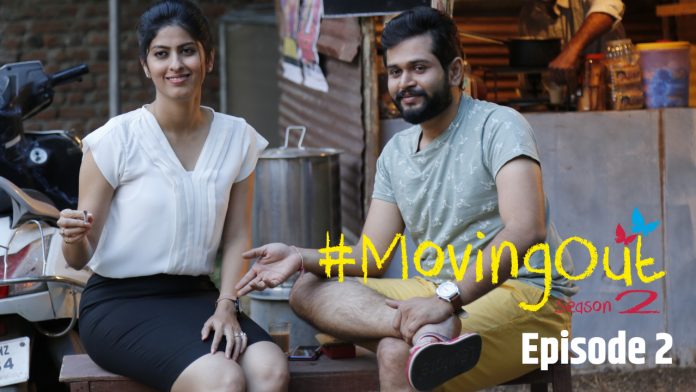 Living in a middle class family ,software engineer , Reva is in a live in relationship with her chef boyfriend Satya. As they live together they start to compromise . As they are engaged together more in the relationship , minor tiffs and arguments take place between them, their relationship suffers and one fine day they end their
relationship with mutual understanding. Both of them get new partners now. But the comfort level between Reva and Satya is always there. What happens next? You will have to see ‘Reverb Katta’ which can be seen on the You Tube Marathi channel with this web series titled ‘Moving Out- Season-2’.

‘Reverb  Katta’ can be seen on the Marathi Youtube Channel with one episode per week for this series. Speaking about this series, Abhijit Kolhatkar of Reverb Productions says, “ The generation which has grown watching YOUTUBE, and soaking information , the shows in the same format like web series and short films with excellent production values can be reached through YOUTUBE.

We are seeing many popular web series and short films on the Reverb Katta YOU TUBE channel and in this Moving Out Season-3, Twist It, Night Out, Antarnad Kavita,
Gharkul,  are the popular series to be seen.Reverb Katta is one such channel on Marathi You Tube where content driven series are beamed that also entertain you”. For further details visit – www.reverbproductions.in website.