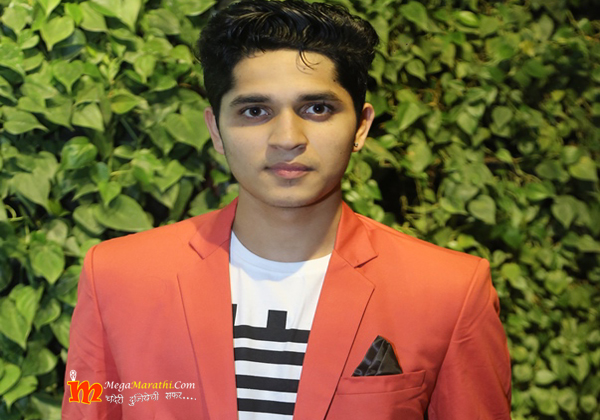 Are you still playing the character of Boyz-?

Yes. I am still playing the character of Kabir which became really popular. But this time round I have a grown up boy character and have a leading lady opposite me and I have a few romantic songs picturized on me also. One song was shot in the high altitude of Ladakh where we had to survive with oxygen masks as there was a lack of air in the high terrain region. But my character from Boyz of a serious troubled boy is absent in BOYZ-2 as he is a fun loving college boy.

Is your character of Kabir similar to your real self?

I am a very happy go lucky chilled out guy in real self and not all the serious somber guy in Boyz.

It was great to bond with Pratik Lad and Parth Bhalerao and we really had a great time shooting and the director Vishal sir really knew what he wanted from us actors and we have done our best in the film.

What’s happening now with you?

I am doing my Management studies in UK and also doing theater Theater is my first love and I am learning a great deal from my theater stint.

Anyone who is doing good work inspires me, be it the smallest actor or the ultimate like Amitabh Bachchan. But generally no one specific as such.

Ten Interesting Border Designs You Can Use on a Saree !

‘Khichik’ is Rich in Content and Entertainment Value : Prathmesh Parab and Rasika Chavan