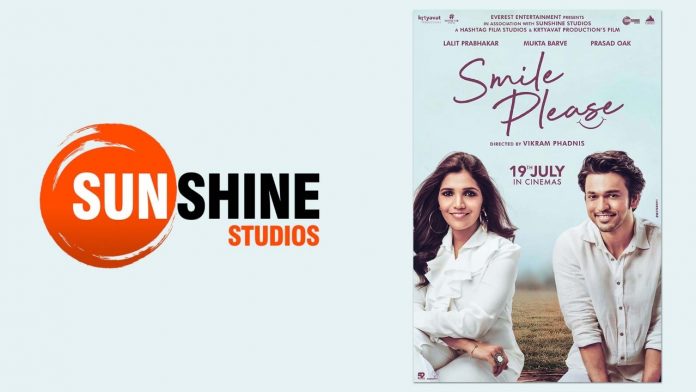 Ankit Chandiramani is a big name in distribution circles. He has worked in esteemed corporates like Rajat Enterprises, Dar Motion Pictures, Zee Studios etc and around two years back he founded Sunshine Studios. In the last two years he has distributed more than 80 films. And he has the experience of more than 700 films. He has also distributed Hollywood films like Dark Knight Rises, and Fast 6.

He is now a leading distributor of Marathi films. He says he is very happy to enter into Marathi cinema realm and Marathi films have done wonderfully good in the recent times and we are pleased to present ‘Smile Please’ and we are happy with our acquisition as it is an excellent film with a good story. Hrudayantar fame Vikram Phadnis has directed Smile Please and it has turned out to be an excellent film. Mukta Barve heads the cast along with Lalit Prabhakar and the film has a touching emotional story which will definitely tug the heartstrings of the audiences. The film releases on 19 July.