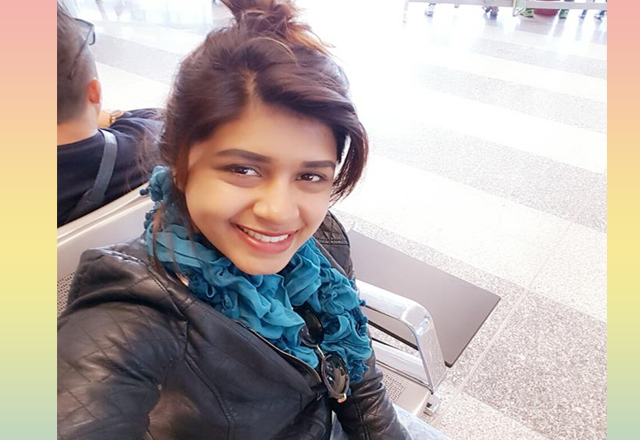 Sanskruti is from Pune but currently shifted to Mumbai for career. She is a good dancer from her childhood. She have done a various performances even abroad. She has got first TV serial break with daily soap Pinjara on Zee Marathi for which she played a character of Anandi. Later on she done other serials like ‘Vivah Bandhan’ which is aired on ETV Marathi, followed by serial ‘Jallosh Suvarna Yugacha’ She has done her first movie debut Sangto Aika in opposite to Sachin Pilgaonkar.

Currently she is busy in her movie Shivya. In Shivya Sanskruti is portraying a character of Sharvari, who is a girlfriend of Raghav (Bhushan Pradhan). But due to Raghav’s bad habit of using accused words, there is breakup between Raghav and Sharvari. So its great time to see how they patch up again on 21 April.

Here is her filmography summarized.