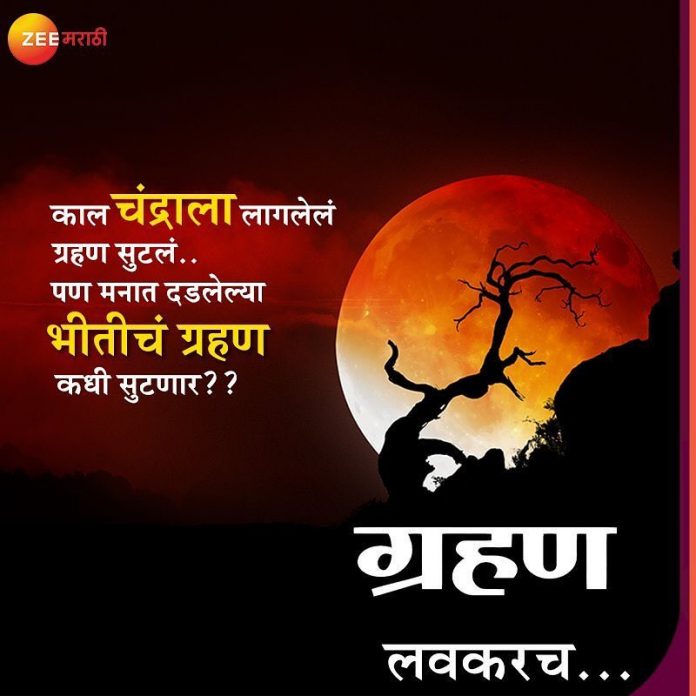 After hosting a popular show Ratris Khel Chale, Zee Marathi is all set to telecast another suspense-thriller television show – Grahhan. The show is based on the myths and beliefs of eclipses (Grahaan) in Hindu Mythology.  Grahana are considered to be inauspicious according to Hindu mythology. The sun and moon are considered as a major life force in the universe which disappears during the eclipse, making it an omen of all evil things. It is also believed that all evil spirits roam around in the darkness of Grahan. Thus many myths are followed during Grahan.

The promo is a short, but full of suspense, with evilness shown to its extent. Beginning with – “Don’t roam around at night… at night Grahan is occurring. It is believed that one should avoid watching it…” while the ticking sound of the clock in background amplifies the thrill of the promo.

What is the show about? What message it wants to convey? Are the myths and beliefs about Grahan true? Or are they just superstitions? This and lot more suspense will be revealed starting from 19th March, from Mon-Sat at 10:30 PM only on Zee Marathi.