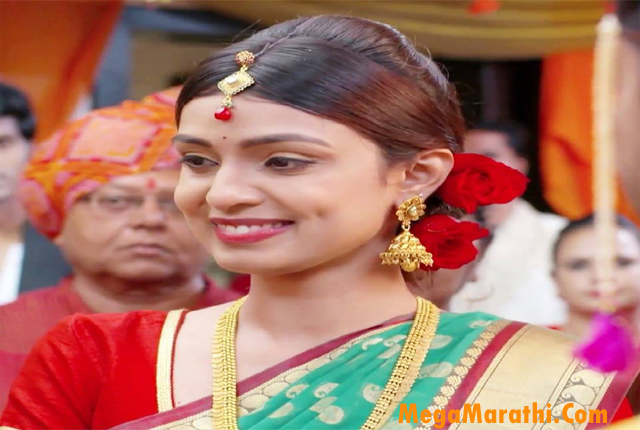 Mayuri Deshmukh’s father is a Engineer by profession  while mother is housewife. She has two brothers, both of them are Engineers. She is married with ‘Ashutosh Bakhare’ who is producer and dabbed model.

Mayuri has made his Marathi film debut in “Dr. Prakash Baba Amte” as small role of Journalist. Now she doing a awesome role with her new TV Serial “Khulta Kali Khulena” on Zee Marathi,  presenting a story of Deshpande and Dalvi family.