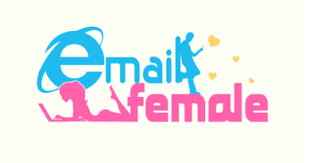 Marathi film industry is in its best days now. Many fresh, unique and untouched topics are being handled in various films. Social media has been used as the platform now-a-days to reach out to the people and to socialize their views. It is the simplest, quick, yet the most effective way till this date. To showcase the effectiveness of social media, a film is on its way to meet audience, with title – Email-Female. The Muhurat of the film was recently hosted.

Senior actor Vikram Gokhale , well-known musical pair Nadim- Shravan, with his son Darshn was present for the event. S.M.Balaji Film Productions presented, the film is produced by Shailesh Kote, with story by Manish Patil and direction of Yogesh Jadhav.

To stay connect with each other, today’s generation use social media such as email, Facebook etc.  Huge information is send and received through social media daily. The story of the film is based on this sending –receiving of information. The starcast of the film includes Vikram Gokhale, Nikhil Ratnparkhi, Dipti Bhagwat, Kanchan Pagare, Prajakta Shinde, Sunil Godbole, Pratiksha Jadhav and child actor Miathali Patvardhan.

The screen-play is written by Bhakti Jadhav, with dialogue by Bhakti and Yogesh Jadhav. The responsibility of music is held by Abhijeet Narvekar and Shravanji, Photography by Mayuresh Joshi and costumers by Suhas Gavte and Devyani Kale. The film will soon go on floor for its shoot.