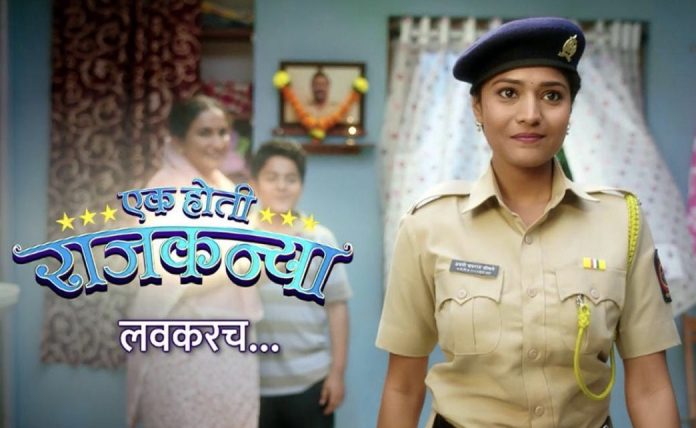 The actress who has made the character of Jaydi memorable on SONY TV in every household namely Kiran Dhane will be now seen in the new SONY MARATHI show again in ‘Ek Hoti Rajkumari’ and the launch of the promo of the show was recently held and Kiran Dhane who has been notable for negative roles will be seen in the role of a dashing policewoman.

The promo shows the father of Kiran ruminating about what the future holds for the princess of his family in a poetic way and the diverse way in which actually the life has in store for the princess. The princess has a troubled life and the brave way which she faces her battles almost coming to failure. Kiran Dhane who has done some negative roles will be playing the role of the princess in this show.  And her father will be played by Kishor Kadam popularly known as the poet Soumitra. This great performances of the actors in this show will soon be seen on the small screen. When asked Kiran Dhane says, “  I have been offered many negative roles after my success as in antagonistic roles but I didn’t want to be stereotyped in any character  and hence this role of the princess offers me a very serious role of a cop in uniform and I hope  this character of mine will be appreciated by my fans as they did of Jaydi”.