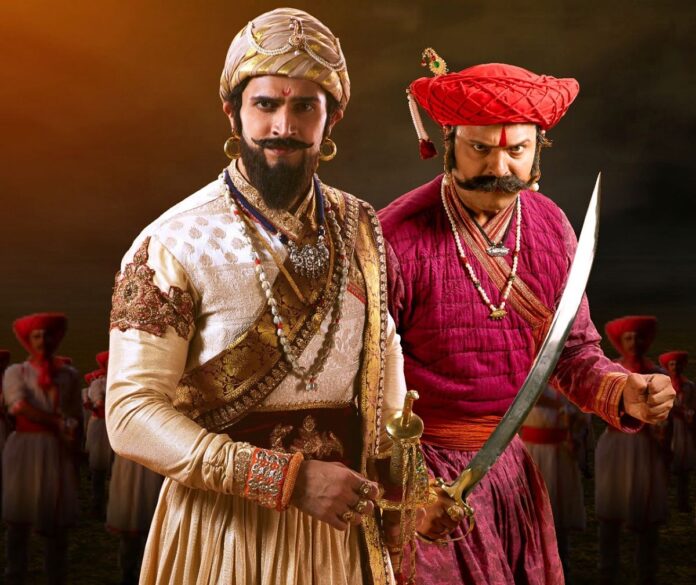 Even if the name Chhatrapati Shivaji Maharaj is uttered, it fills us with pride. Chhatrapati Shivaji Maharaj laid the foundation of how a people’s king should be and thousands of soldiers sacrificed their lives for the fulfilment of the dream of establishing Swarajya. To tell the story of bravery of these soldiers, the series ‘Jai Bhavani Jai Shivaji’ is starting from 2nd May at 10pm on Star Pravah.

While talking about it Bhushan Pradhan says, “it is every actors dream to play the role of Chhatrapati Shivaji Maharaj and my dream is coming true. I was waiting since many years to get an opportunity to play the role of Maharaj. Definitely there is a sense of responsibility. This has increased curiosity and anxiety both. Me and the entire team are working hard to fulfil this responsibility. From the look to the set everything is closely watched. Our workshops are being held.”

While talking about this magnificent series, Program Head of Star Pravah Satish Rajwade said, “Chhatrapati Shivaji Maharaj is not a deity for Maharashtra but also for the entire country. We have witnessed the success of Chhatrapati Shivaji Maharaj from many stories, novels, plays, serials and films that have been made on Maharaj and yet its indescribable. He is was the epitome of how a king should be. Many gems sacrificed their lives in service of this great king, their land and religion. I feel proud to do Jai Bhavani Jai Shivaji serial which tells the story of these warriors. Star Pravah is always trying to present strong stories related to our soil and culture. This series will be a tribute to all the brave heroes. On occasion of this series I bow down before every warrior who fought for the establishment of Swaraj.”

Presented by Star Pravah, produced by Dashami Creations, the curiosity about who will play the roles of Chhatrapati Shivaji Maharaj’s warriors has definitely increased. From 2nd May onwards the story of these warriors will visit your TV screens at 10pm. So don’t forget to watch the new series ‘Jai Bhavani Jai Shivaji’ every night at 10pm only on Star Pravah.