The poster of ‘Khurchi’ presented by ‘Aradhya Motion Films’, produced by Vasant Hagvane and directed by Avinash Khochre Patil & ‘Act Planet Team’ was released. Khurchi’s poster which depicts political drama along with a tagline “Aata Khurchi Aaplich…” was released .

Power is the word which is responsible for commencing politics. The power that everyone gets in politics is used in their own way. This politics can also be seen through the medium of films. An important part about power is the ‘Chair’. We have already seen glimpses of the politics for power in movies like ‘Saamna’, ‘Sinhasan’ and ‘Dhurla’.

The problems of the common people are highlighted by the behavior of the politicians who do anything for power. But for the first time the consequences of politics on children will be seen on the big screen in the upcoming movie ‘Khurchi’. The poster of ‘Khurchi’ presented by ‘Aradhya Motion Films’, produced by Santosh Vasant Hagvane and directed by Avinash Khochre Patil & ‘Act Planet Team’ was recently released. 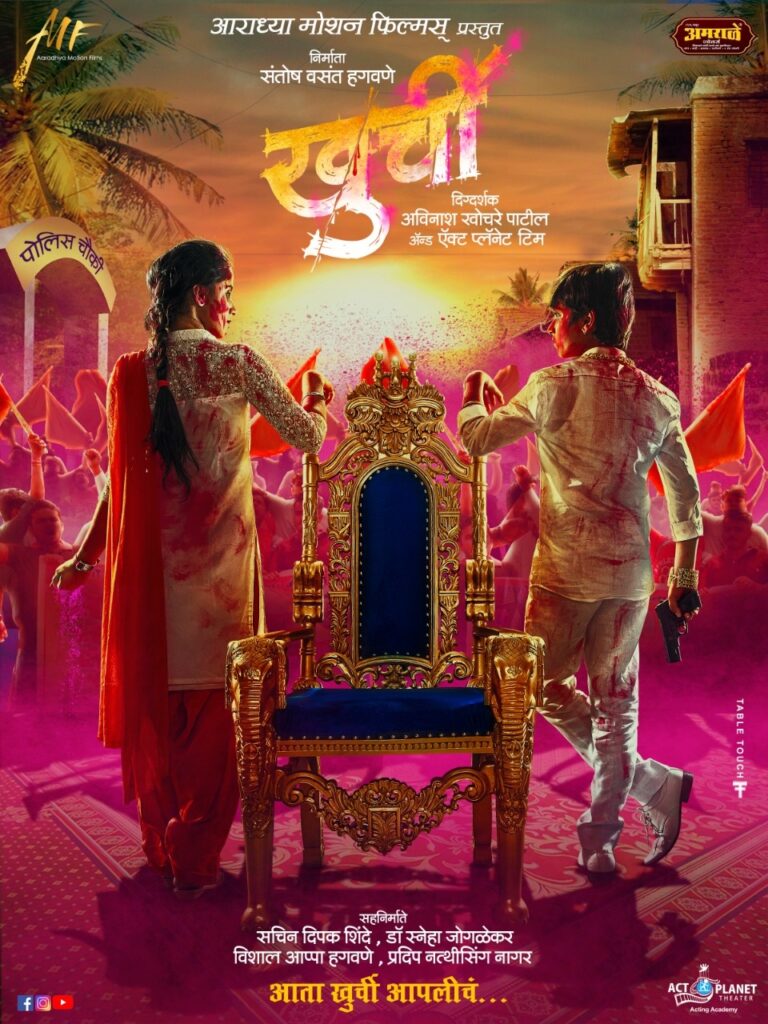 The tussle for the chair can be clearly seen in this poster. With the tagline ‘Aata Khurchi Aaplich…’ political drama is depicted in this poster. Aryan Santosh Hagvane, Akshay Waghmare and Shreya Pasalkar will be seen as the main lead characters in this movie. Apart from this the President of Bhartiya Marathi Chitrapat Mahamandal – Meghraj Bhosle has played a strong character in this movie.

This film presented by ‘Aradhya Motion Films’, produced by Santosh Vasant Hagvane and coproduced by Deepak Shinde, Vishal Appa Hagvane, Pradeep Natthisingh Nagar & Dr. Sneha Joglekar shows the politics which has reached to the children living in the remote rural areas. The politics over chair which happens in villages and the influence of the political tactics on the minds of the children has been skillfully portrayed by the director.
A never seen aspect of the rural politics is all set to hit the big screens soon through this political drama ‘Khurchi’.