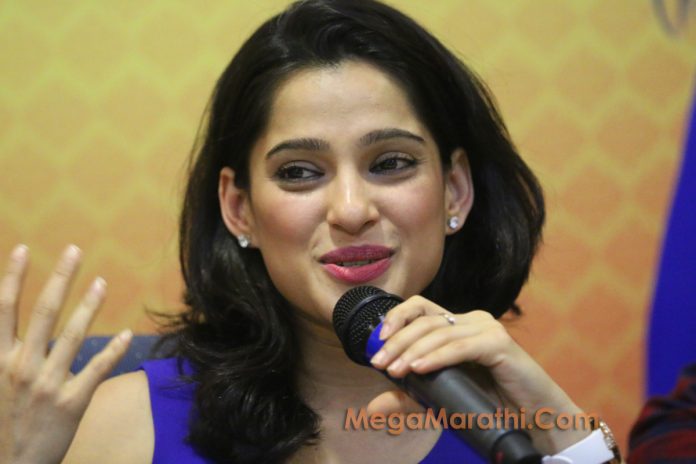 Priya Bapat made her debut in 2000 with Indian film Dr. Babasaheb Ambedkar and entered into Marathi through the movie Me Shivajiraje Bhosale Boltoy in 2009.

She is married to popular marathi actor Umesh Kamat (age 35) after dating him for six years. Priya Bapat is an Indian Maharashtrian actress. She made her Bollywood debut in Dr. Jabbar Patel’s film Dr Baba Saheb Ambedkar as young Ramabai.

She also plays a lead role in Marathi Stage drama ‘Nava Gadi Nava Rajya’ with her husband Umesh Kamat. Marathi Actress Sai Tamhankar is going to act in the film ‘Time Please’ which is based on Nava Gadi Nava Rajya Plot. She sings for her husband’s own music album, Anandi and Anand reunite. In 2009, She played in Marathi film Me Shivajiraje Bhosale Boltoy as Shashikala.