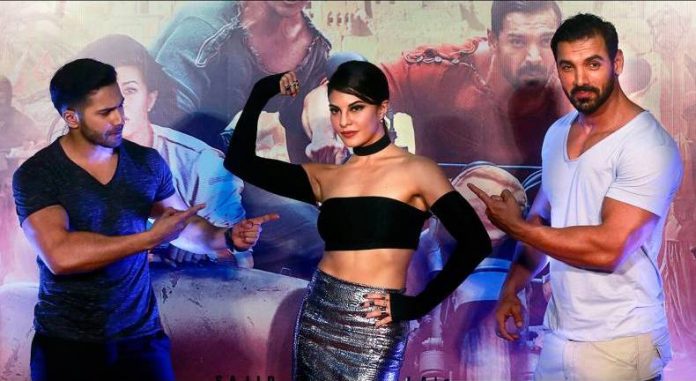 John Abraham, usually known calm and poised demeanor, recently surprised everyone, including his staff by breaking this mold, during one of the promotional activities of his upcoming movie, ‘Dishoom.’ The actor who broke into an impromptu jig on the hit songs from his movies Desi Boyz, Shootout at Wadala and Dishoom, took the entire cast and crew by surprise while shooting for an integration episode of ‘Chala Hawa Yeu Dya’. He not only set the mood for the episode but also made Varun Dhawan perform the signature steps from ‘Toh Dishoom’.