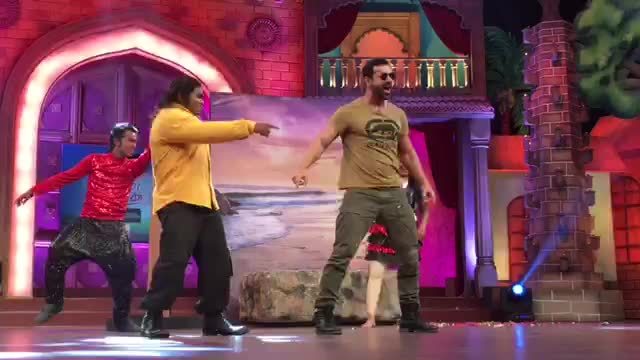 John Abraham and Varun Dhawan are going all out when it comes to the promotion of their upcoming film, ‘Dishoom.’ The duo was seen promoting their film in the Marathi show, ‘Chala Hawa Yeu Dya’ where they performed to the one of the most popular Marathi tracks, ‘Jhingat’. While Varun had performed to the number as a part of the Sau Tarah Ke Dishoom fan task sent to him in Nagpur, this was the first time John was seen grooving to the peppy number from ‘Sairat’.