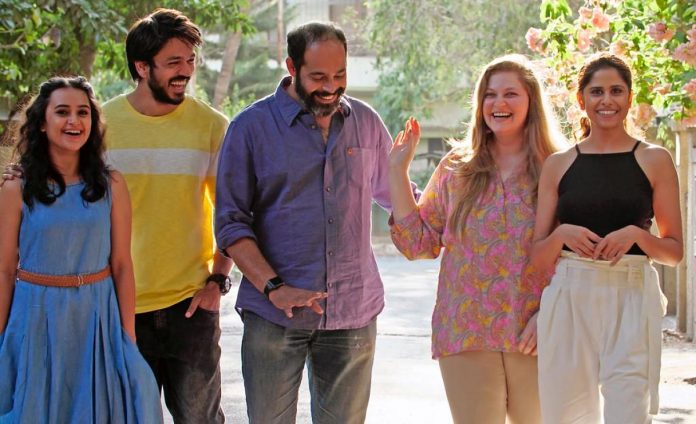 In life, as in food, each one of us has a different palate and preference for the spice we want in it. So how does one find the right balance and moderation? Noted playwright and director, Mohit Takalkar is all set to crack that with his first Marathi venture – ‘Medium Spicy’ along with Vidhi Kasliwal of Landmarc Films. The story through an urban relationship, intends to have an interesting take on whether there is actually a case of balancing relationships.

Medium Spicy stars an extremely exciting star cast. After subjects like ‘Hunterr’, ‘Love Sonia’ and ‘Date With Saie’, Sai Tamhankar would be seen in a completely different avatar in this film while Lalit Prabhakar who won the heart of audiences and critics alike with his performance in ‘Anandi Gopal’ would once again be looking to connect with the emotions of every urban youngster through this film. Medium Spicy also stars Parna Pethe, who is going to be essaying a completely different character as well.

Mohit is a known name in theatre circles across India. He has directed several theatre productions in multiple languages such as Marathi, Hindi, Urdu and Kannada and is also recognized for his editorial skills in the world of cinema. This will mark his debut as a Film Director in the Marathi language.

Speaking about the film, Producer Vidhi Kasliwal said that the film ‘Medium Spicy’ and its premise of balancing different relationships in the journey of life appealed to her instantly and she hopes that when the film is eventually ready, it is able to satiate the taste buds of the audiences when they experience it in theatres.”

The film will go on floor this month.