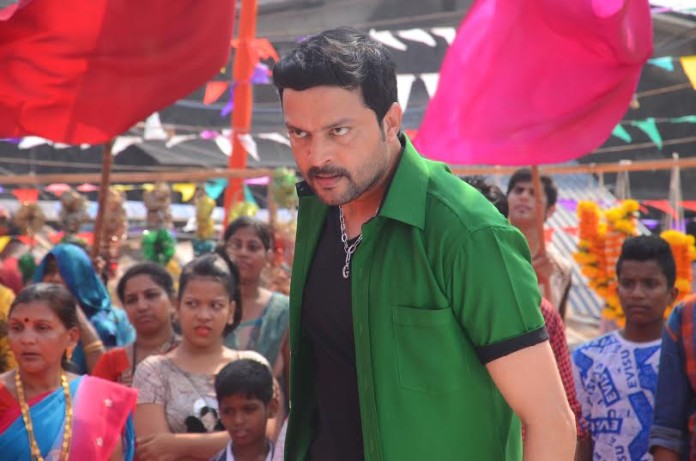 Bollywood has the trend of Action movies since long time and the craze of Action performances amongst the audiences is increasing significantly day by day. The ‘Khiladi’ Kumar literally set himself as a name that is reckoned with ‘action’ genre in Hindi cinema. Along with Akshay Kumar, other actors such as Salman Khan, Ajay Devgan and Sunny Deol are the iconic personalities strikes our minds when we talk about action heroes. By taking audience’s preferences into consideration, the trend of action movies is all set to arrivein Marathi film fraternity as well. After showing the glimpse of the action performance in the films Classmates and Dagadi Chaawl, Ankush Chaudhari will be seen giving action packed performance in his upcoming movie Guru, which will hit the theatres in the New Year.

The dashing actor Ankush has become the talk of the town because of his new look from the movie Guru. The teaser of the movie is out and Ankush has been seen performing terrific action scenes. M – Town’s favourite actor Ankush has always won hearts of millions by his brilliant performances and incredible acting skills. Ankush Chauhdari is ready to make the audience sweep their mind off by his breathtaking action performance. To perform action Ankush has been leading an extremely disciplined life and focusing on his fitness. The performance of Ankush is so intensethat he makes the audience believe on their eyes what they see on screen that is the reason why viewers are going gaga over Ankush. M – Town’s favourite style icon and actor is soon to become M – town’s favourite first ever Action Hero, by his action performance in the movie Guru.