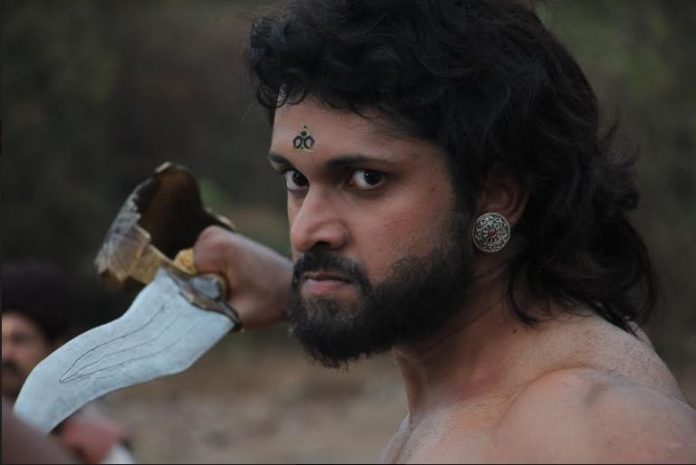 Tell us something about yourself. Did it help being the son of the great Ashok Patki?

I have assisted Kedar Shinde but I also have a degree in Hotel Management as my two passions were films and opening a restaurant. I studied acting in Diploma in Acting from Anupam Kher school of acting . Being Ashok Patki’s son does help to open doors as everyone knows you but the rest depends on my talent and hard work and my auditions.

How did you bag ‘Once More’?

Suhas Jahagirdar, who was associated with the film  called up my father to tell him about this role in Once More as my Dad had told him about my acting aspirations and when I gave the audition I was immediately okayed by the director Naresh Bidkar.

What is your role in the film?Were you comfortable in front of the camera?

I have a double role in the film. One of a king who ruled  4000 yeas ago and one in present as a husband who is always fighting with his wife. I was comfortable before the camera as I had done a workshop and assisted Kedar Shinde and have done shows like Pimpalpan etc.

How was your tuning with co-debutant Dhanashree Dalvi?

Dhanashree is a debutant like me and we made a great pair as we shared the screen space together and since I was well versed with the camera I helped her. She is a very nice girl. She plays a queen and my wife in the film.

How was it like working with director Naresh Bidkar?

Do you have any songs or dance sequences in the film?

Yes. I have three song dance sequences in the film.

Which actors are an inspiration for you?

Anupam Kher of course, Nawazuddin Siddiqui, and Rajkumarr Rao . They can essay any role which I would also like to do.

There are so many but specifically  Kedar Shinde, Sanjay Jadhav and Ravi Jadhav.