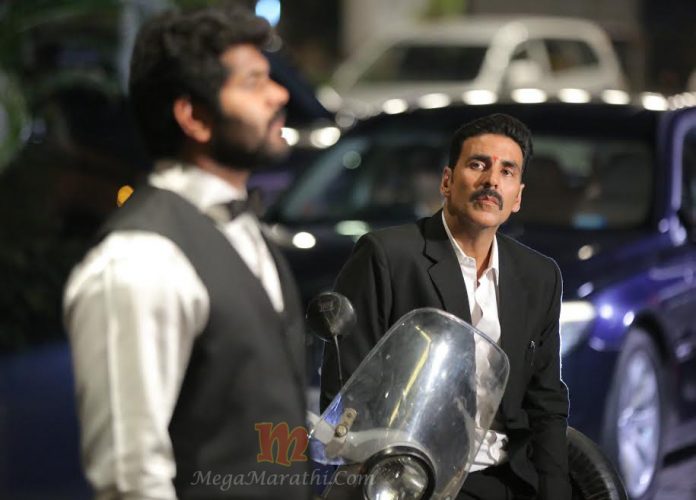 Expressing his excitement after seeing Kumar on the sets of Tujhyat Jeev Rangla, Hardeek Joshi, who has essayed the character of lead hero Rana in the serial said, “We were told that a special personality was going to visit us on the sets. Even till the last moment nobody revealed to us about who this personality would be. That had pushed our adrenaline a bit but we couldn’t believe our eyes when we saw Akshay Kumar standing in front of us and talking to us. It was all like a dream come true. The shoot started that day and suddenly Akshay Kumar made his entry.

I enjoyed doing the scene with him. The actor who we only saw in films was there before us. There was some pressure and nervous excitement too but Akshay Sir made us feel comfortable. While I was happy about reaching millions of households through Zee Marathi, meeting Akshay Kumar has made me feel proud.