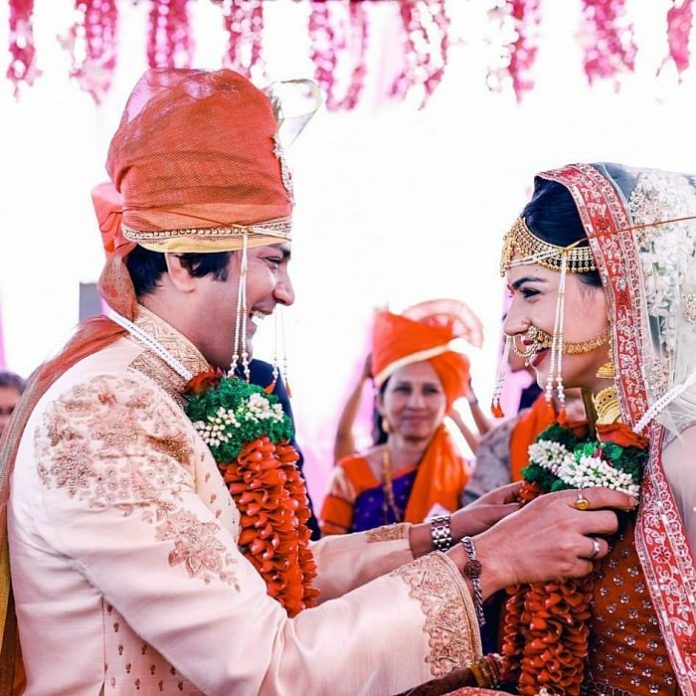 Celebrity marriages always are the talk of the town and now the Marathi cine audiences are all agog with excitement at the marriage of the chocolate boy star of Marathi cinema Aniket Vishwasrao with Sneha Chavan who is also an actress. The photos of their marriage have now gone viral.

They were hitched  in June itself but got engaged in August and now they have embarked on a journey of  happy married life. They got married without any hullabaloo but in the presence of close friends and relatives. It seems they got married in Pune. (Also Watch Aniket Vishwasrao and Sneha Chavan Engagement Photos)