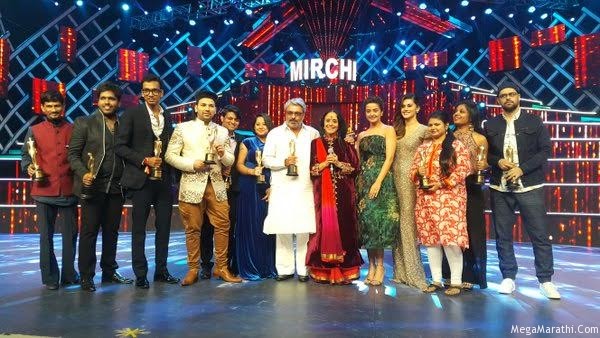 Sanjay Leela Bhansali who is known for his larger-than-life canvases, as much as he is for his uplifting and inspiring music , proved yet again with Bajirao Mastani that when it comes to music, the filmmaker has an astute sensibility like no other.

While the magnum opus made a clean sweep at all the award functions this year , bagging the biggest honors, the music too was the most loved this year with the highest number of nominations and wins.

At the Radio Mirchi Awards, Bajirao Mastani won a cache of eight prizes including album of the year, female vocalist for Shreya Ghoshal, sound arrangement, programming and arranging, raag-based melody and background score. Sanjay Leela Bhansali also won the “Make it Large” award, the biggest honor of the night.

While the film won the Best Background Score at the Zee Cine Awards this year, Shreya Ghoshal won the best Female Playback Singer for “Mohe Rang Do Lal”. Bajirao Mastani then bagged the Guild Award for Best Sound Design and Best Playback Singer Female for Deewani Mastani with Shreya taking home the trophy yet again.

The music also resonated on the international cinema front as Bajirao Mastani also received a nomination for Best Original Music at the 10th Asian Film Awards.

Talking about the importance of music in his films says Bhansali, “My life revolves around music. The first thought of making a film comes with a certain song in mind. I don’t know the sargam nor am I aware of the raag when I’m composing. There’s not much thought about structure. My songs come from not knowing much and therefore they are pure and innocent.But it makes me happy when people like Ustad Amjad Ali Khan, Lata ji, Asha ji and Suresh Wadekar appreciate my Music”.