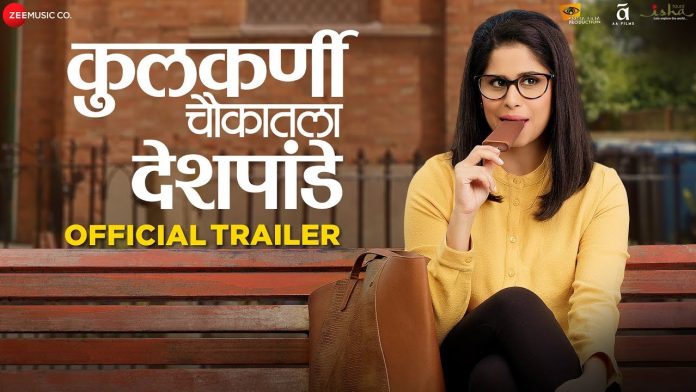 In ‘Kulkarni Chowkatala Deshpandeit is shown that every woman has to play four roles of a young girl, young woman, a mother and a wife and she has to make certain compromises while enacting these roles some time or the other to retain her identity or sometimes her relationships.

These bends which come at certain stages of life forms the story of ‘Kulkarni Chowkatala Deshpandeheld its grand trailer launch recently. The trailer denotes Sai mouthing bold dialogues and then the different stages in her life. The film has Nikhil Ratnparkhi and Rajesh Shringarpure alongside Saie. Nikhil plays the husband of Saie and how his character will be is an easy answer for the audiences to perceive and to lead a married life with such an husband is no easy task. So when Saie meets a character like Rajesh Shringarpure she is all excited to have a relationship with him to ease her mind and get happiness but she is in conflict as a wife and as a woman and then as a mother , which we will get to see on 22 November.

The story of a middle class rebel woman and her rebel tale is the film ‘Kulkarni Chowkatala Deshpandedirected by Gajendra Ahire who always brings to the screen stories from around us with a different perspective.

The film is produced by Smita Ganu of Smita Productions and the co-producers are Ajit Madhavrao Potdar and Seema Niranjan Alpe. Prashant Gokhale is the executive producer .In these fastly growing times the changing relationships and the sensitive side to it will be seen in the film ‘Kulkarni Chowkatala Deshpande which releases on 22 November all over Maahrashtra.