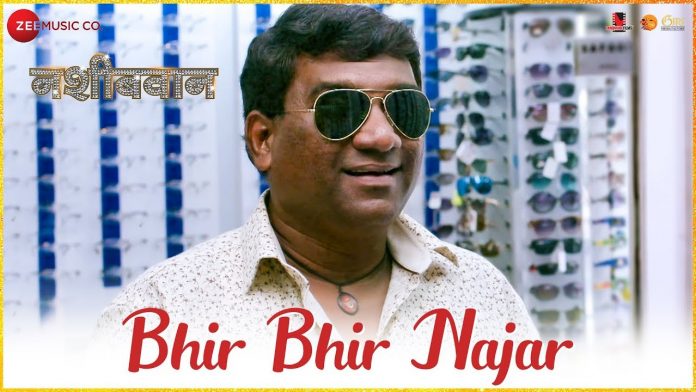 The comedy king of Marathi film’s Bhau Kadam with his song ‘Bloody Ful Jiyaa Re’ from his film ‘Nashibvaan’ and with the trailer of his film released recently has aroused many expectations in the audiences and the trade. Now the second song from the film ‘Bhir Bhir Najar’ has been released recently and its sung by Avdhoot Gandhi and has been composed by Soham Pathak. The lyrics are by Shivkumar Dhale.

The words of the song and the picturization of the song are beautiful.  The song which is different denotes the happiness which comes in the family life of Bhau Kadam and this happy change which comes in the life of Bhau and the family happiness which Bhau shares with his family is reflected in this song. The song has been picturized on heavily crowded streets in a very natural manner. And that is why the song seems very realistic. This song will definitely conquer the hearts of Marathi cinegoers.