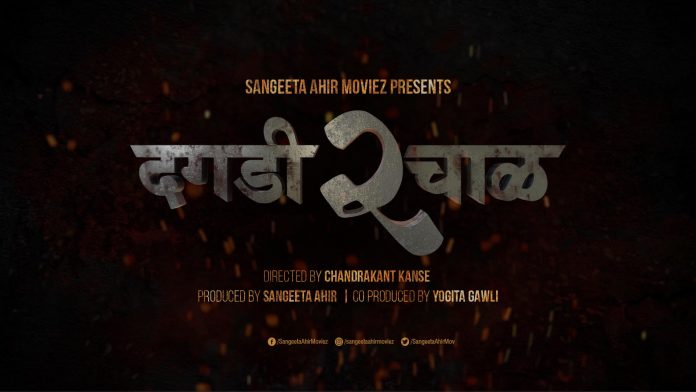 The trend of making sequels to hit films has caught up in the Marathi industry. In 2015, Sangeeta Ahir’s Dagdi Chawl, directed by Chandrakant Kanse , featuring Ankush Chaudhary, Pooja Sawant and Makarand Deshpande in the lead, had created waves.

Not only did it bring into focus the gang-wars but it also had a touch of romance. The story, dialogues, songs and performances from all actors were talked about for quite a long time.

Now, to follow up the success of the film, Sangeeta Ahir Moviez is coming up with the sequel of the film. Titled Dagdi Chawl 2, the film will again be helmed by Chandrakant Kanse. While the details about the story and cast are still under the wraps, an interesting addition to the team has come in the form of Yogita Gawli, the daughter of Arun Gawli aka Daddy, who has come on board as the co-producer of the film.

The film will release next year and promises to have something excellent in store for the viewers.