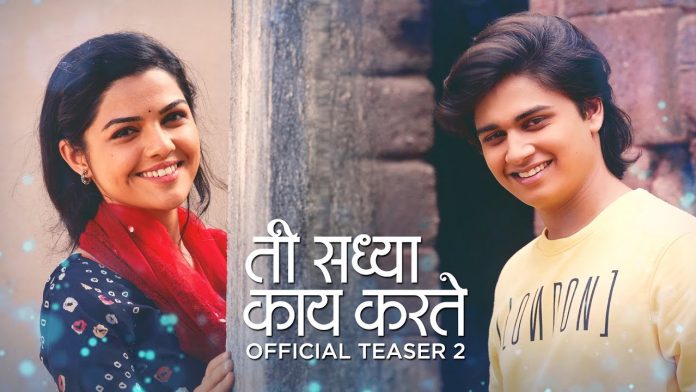 While Abhinay looks like a casanova, flitting like a butterfly from one branch to another, Arya pins her life in the belief that first love is the true love. And it exists. While you have Abhinay saying ‘Pehla pyaar, baar-baar, lagataar’, Arya believes first love is true love and it exists.

Interestingly, Abhinay’s college-kid character transforms into a mature ‘Ankush Chaudhuri’ as he grows up; Arya’s older avatar is played by ‘Tejashri Pradhan’.

A Zee Studio’s production, the film is produced by Nikhil Sane, Arvind Jog and Pallavi Rajwade.

Going by the trailer the film’s music is peppy and mark our words: Abhinay Berde will make quite a splash in the years to come. Period.

Watch out then for Abhinay and Arya making their ways into your heart with this light, entertaining romcom.