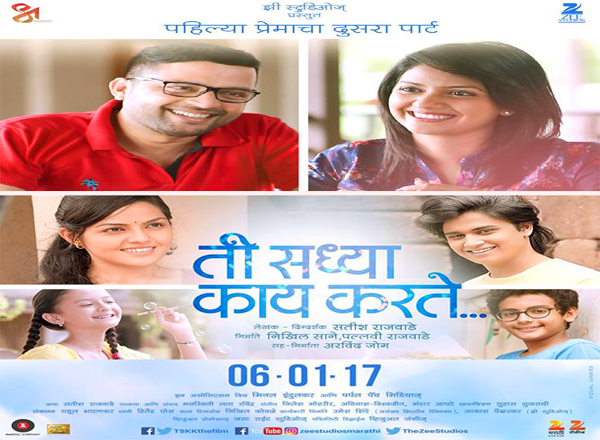 The film is about a person’s first love. This is the story of Anurag and Tanvi; their first love, which begins during their school days, those wonder years and is continuing till this day. Love knows no boundaries of age. We all have that special one in our lives; they have that special place in our heart and lives. Anurag and Tanvi are no exceptions. Ti Sadhya Kay Karte is as much a story of these two as of those who have fallen in love.