Ekk Albela is the untold story of India’s first dancing and action hero Bhagwan Dada and his extraordinary journey as he went out to become one of the biggest legends of Hindi cinema.

Interestingly, Vidya not only surprised the gathered media in Geeta Bali’s look but also performed on the iconic song along with her co-star Mangesh Desai. 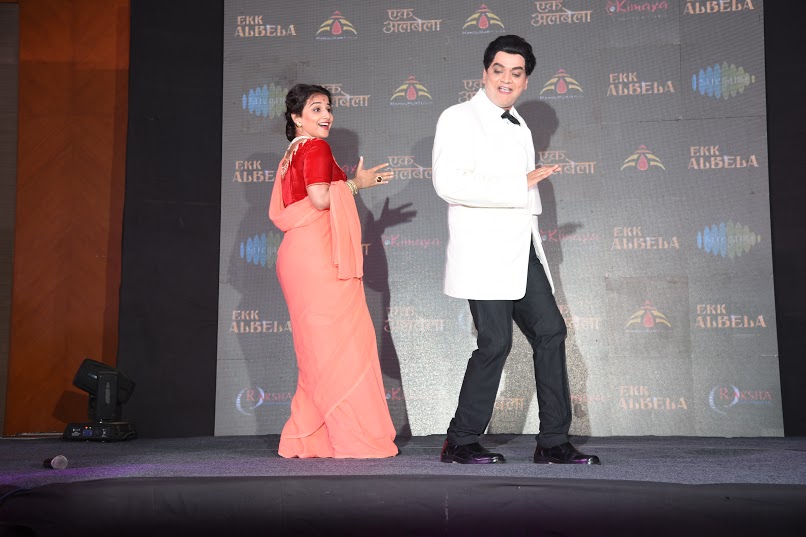 The biopic that explores the era between 1930 to 1951 has several dialogues in Hindi and two Hindi songs from the original film Albela including Shola Jo Bhadke and Bholi Surat Dil Ke Khote.

Ekk Albela is directed by Shekhar Sartandel and produced by Monish Babre, It is a Kimaya Motion Pictures Production and presented by Manglmurti Films and releases on 24th June, 2016