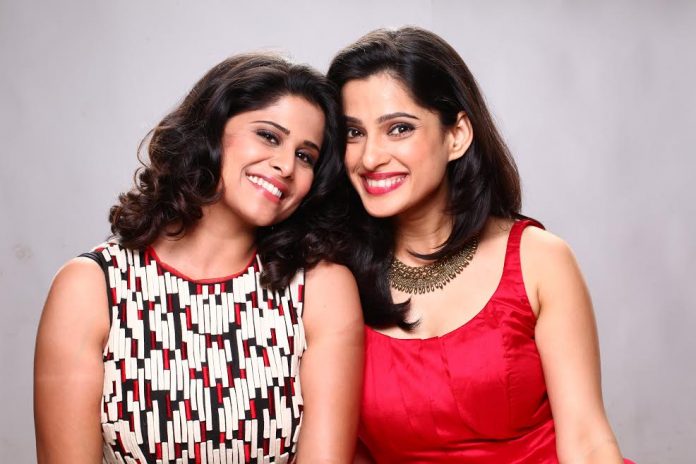 In recent years, the Marathi Film Industry has seen a drastic change. Films that appeal to families as well as youngsters have grabbed more than enough attention and set the Box Office ringing. Keeping in sync with this advancement, Landmarc Films is brewing up another treat – ‘Vazandar’. The film that will release on November 11 boasts of not just one, but two glamorous leading ladies of the Marathi industry – Sai Tamhankar and PriyaBapat. Sai and Priya have shared the screen before (in ‘Time Please’), but this would be the first time the duo will carry the entire film. The girls are accompanied by the charming Siddharth Chandekar in a pivotal role.

‘Vazandar’ is written and directed by Sachin Kundalkar, who has carved a niche for himself with soulful films like ‘Happy Journey’ and ‘Rajwade and Sons’ in the recent past. ‘Vazandar’ also features the proficient Sameer Dharmadhikari and it will mark the film debut of, ex-cricketer Sandeep Patil’s son, Chirag Patil. The cast is joined by newbie Chetan Chitnis. With Sai and Priya’s huge fan following and a mix of veterans and debutants, ‘Vazandar’ lives up to its name to the T and promises to be a wonderful experience.

A couple of years ago, Landmarc Films’ Vidhi Kasliwal brought ‘Sanngto Aika‘ for the viewers. The film had a different story from the usual fare otherwise dished out and ‘Vazandar’ promises to be even more special. Vidhi Kasliwal has years of experience under her belt. She has worked closely with the Barjatyas and was the Asst. Director for ‘Vivah’. She has even directed Hindi film ‘Isi Life Mein’ and has a penchant for fresh subjects. With ‘Vazandar’, Vidhi continues her endeavor to bring something unique for viewers. The film has been creating a buzz right from its inception and it is almost time for the audience to enjoy the cinematic experience first hand.