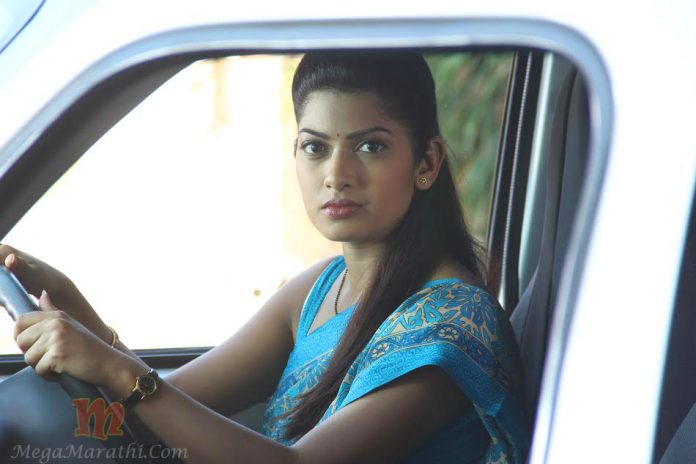 Dhanashree Kadgaonkar In A New Role For ‘Braveheart’

Small screen actress ‘Dhanashree Kadgaonkar’ who plays the role of younger daughter in law in the house of Gaikwad’s reached us through the serial ‘Tujhyat Jeev Rangala‘. Nandita who always plays the role of a villein in Rana and Anjali’s love story will now be seen in Nikhil films production ‘Braveheart‘.
Dhanashri who acts in many serials and movies came into appreciation for her negative role from ‘Tujhyat Jeev Rangala‘. In ‘Braveheart’ she will be seen in a different role. Producer Sachidanand Gopinath Karkhanis and Santosh Yashwant Mokashi’s production and Dasbabu’s direction for movie ‘Braveheart’. Dhanashree Kadgaonkar will is casted in ‘Braveheart’ against the actor Sangram Samel. Along with Dhanashree and Sangram , Arun Nalawade, Atul Parchure, Sulabh Deshpande, Kishor Pradhan, Dr. Vilas Ujjawane, Vijay Chavan, Iela Bhatte, Abhay Kulkarni, Shama Ninawe, Ku. Atarva Talvekar, Swami Kumar Banavlikar, Pradeep Bhide will be seen in this movie.

Based on a true story Braveheart’s screenplay dialogues and lyrics have been written by Shrikant Bojewar. Arnab Chatterjee has done the music and playback songs have been taken care of by Amar Mohile.

Dhanashree’s role in ‘Braveheart’ has already increased the excitement for the movie. We won’t have to wait long for it; because ‘Braveheart’ is coming in April to meet us in our nearest movie theatres.