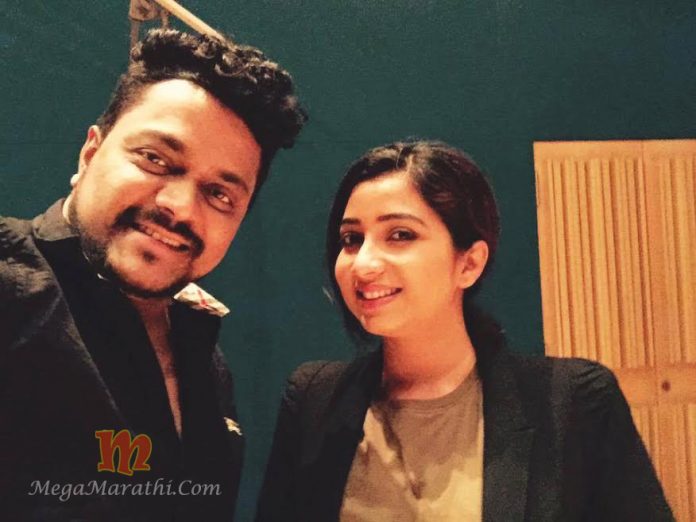 Deva is already in the limelight for Ankush Chaudhari’s spunky look for the film. Interestingly, this film is all set for more interesting times.

To give you the dope the next interesting thing about the film is music director Amit Raj, who is popular as a musical magician. Amit Raj has roped in Shreya Ghoshal to sing for the most attractive song of Deva.

ShreyaGhoshal just finished the recording for the song composed and directed by Amit Raj.All music director have their favorite singers and Amit Raj is no exception to the rule. Finally, Amit’s boon was granted when he got to direct Shreya Ghoshal for this wonderful song for Deva. Kshitij Patwardhan has penned the lyrics for the song.

The terrific trio is all set to regale music buff with their magical treat for Deva.