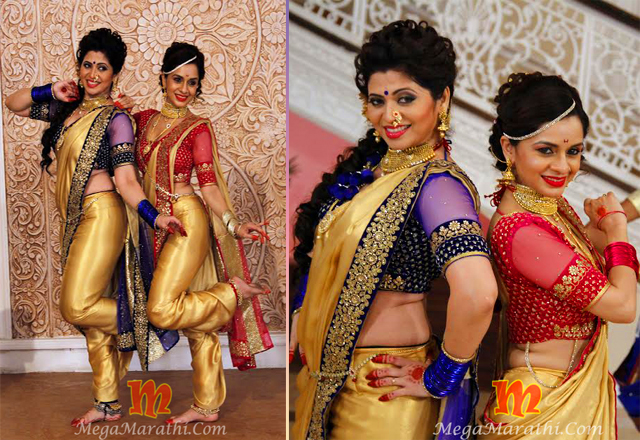 Actor-dancer Deepali Sayed, who has been making her fans go gaga over her talent will soon be seen in a new role. Deepali is all set to show her dancing talent yet again with a Hindi-Marathi fusion song for the New Year release Hero.

Set to “Dhinak Dhin Aag Laga Doo Main… Ga Bai Majha Tora Nakhrel” lyrics by Aslam Sayani and Kaustubh Pant, Deepali will be dancing a mean step or two along with Sukhada Khandakekar, a trained classical dancer. This song and dance fusion is likely to create a huge wave of excitement in the New Year.

Most importantly, the legendary Asha Bhosale will be giving her voice for this Hindi-Marathi fusion song along with the much talented Sadhana Sargam.

Accompanying Deepali and Sukhada in the film are actors like Ramesh Dev, Vijay Patkar, Uday Tikekar, Sukhada Khandekar, Bhushan Patil and Vaishali Karmarkar. ‘Hero’ is directed by ‘N N Siddiqui’ and produced by ‘RPG Productions’ and ‘Rajashree Gaikwad’ and co-produced by ‘Anees Morab’.

Without much surprise, as expected, Phulwa Khamkar is the choreographer for the film and the music is scored by Raja Ali.

Viewers may have seen Deepali perform her dances quite often but for the first time they will not only be treated to a dance jugalbandi between Deepali and Sukhada for this Hindi-Marathi fusion song in Hero but also share the screen presence.