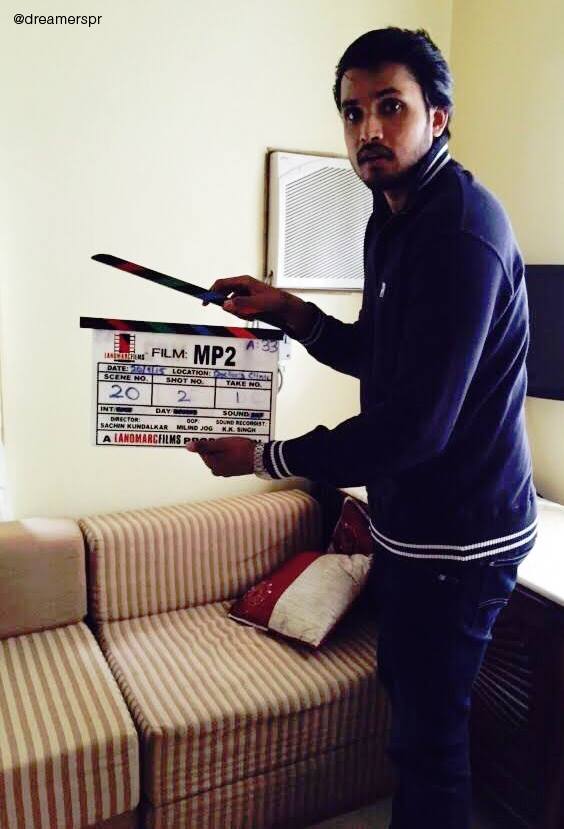 Chirag Patil, who features in Sachin Kundalkar’s upcoming film Vazandar, off screen played the clapper boy for a day on the sets of Vazandar. Apart from playing the character of Omkar in the film, Chirag was also donning the hat of a clapper boy and was giving claps for the scenes which was being shot.

Chirag’s charisma is ruling over millions of hearts. Charming Chirag is playing Sai’s husband in the film and looks extremely good-looking in his character. No wonder all eyes will be on the actor this year…!!