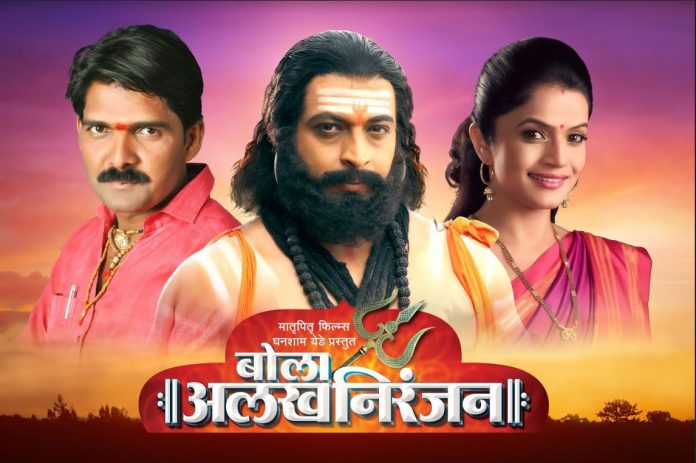 Maharashtra has a lot of spiritual culture and has given us a rich saint culture and one of these saint cults is the Nath cult. This Nath cult has a lot of following in Maharashtra.and its devotees are spread all over Maharashtra. The greatness of Navnath saint which has been accurately depicted in the film ‘Bola Alakhniranjan’ directed by Ghanshyam Yede is being re-released on 24 May all over Maharashtra by public demand. The greatness and the knowledge of Navnath has been superbly captured in the film and this film has been written, directed and produced in a triple responsibility  by Ghanshyam Yede and Matrupitru Films are the presenters. The production and release of a film is a great responsibility for a film producer  and at such a time to re-release the film is even more difficult. But coming from a farmers family and starting as a lowly spot boy to producer director has accomplished this difficult task of re-releasing  the film to spread the greatness of saint Navnath.

This is the first film to highlight the greatness of saint  Navnath . To join the cult of Nath, Navnath had first to take on the names of Machindranath  and Gorakshnath as a teacher and pupil  The birth of Navnath, all his miracles and great work in alignment with a farmers family running parallel with its devotion and how his dream of making a film on Navnath comes true is the story of Alakh Niranjan. The film stars Dr.Amol Kolhe, Siya Patil, Nagesh Bhosle, Deepak Shirke, Deepali Sayyed, Gayatri Soham, Milind Dastane, Ghanshyam Yede in important roles. Satu Krishna Keni of Bijankur Group of Companies,, Shivaji Ghamaji Dadas of Anmol Production Co-operative are the co-producers of this film. Amol Yevle, Vishnupant Nevale are the publicity officers and executive producers .The story , screenplay and dialogues are by Ghanshyam Yede. The music is by Vishal Borulkar and background music by Suraj. The DOP is Sarfaraz Khan and the editing is by Deepak Wirgut and Vilas Ranade.  Suresh Wadkar, Ravindra Sathe, Neha Rajpal, Bela Shende have sung the devotional songs in the film.