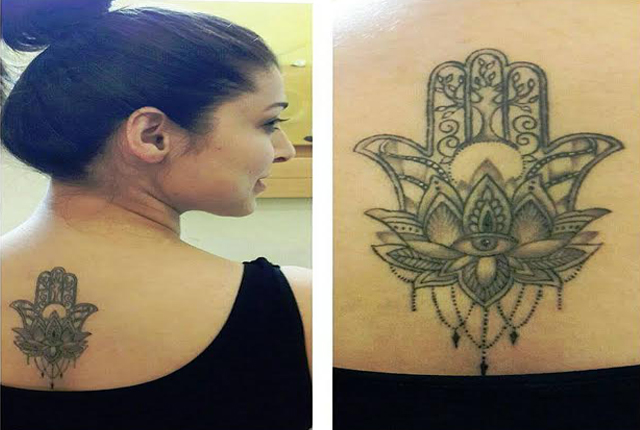 Getting inked seems to be a new trend followed by ordinary people and our M-Town celebs as well. There are so many celebs from M-Town who have got inked not just once but several times. It seems like our favourite celebs are getting inked up every chance they get. Flawless beauty TejaswiniPandit has got a new tattoo done and she is totally loving it. According to Tejaswini, tattoo is something which one has to make not just like that but there has to be some meaning to it and it is the only thing which one takes to his/her grave.

Tejaswini has inked Handof Fatima on her upper back. Hands of Fatima depicts Positivity, Abundance and Faith. Originating from the Hebrew word homesh, literally meaning five. The Hand of Fatima is an ancient talisman that symbolizes feminine power. The hand is worn as a defense against negative energy as it deflects the gaze of the evil eye away from the wearer. Gulabachi Kali fame Tejaswini is too excited about her new tattoo which suits her the best. She can’t just stop flaunting it.