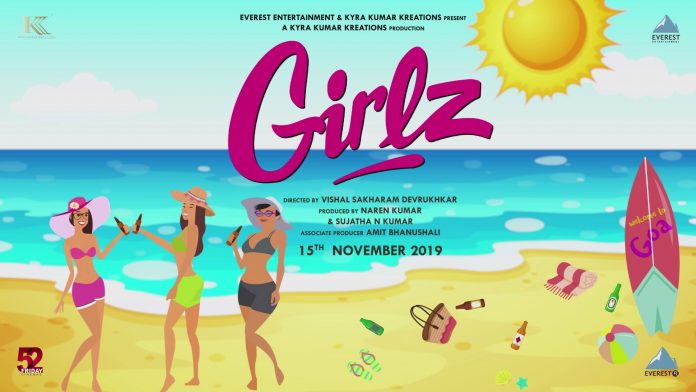 After the hugely successful Boyz and Boyz 2, Vishal Sakharam Devrukhkar is returning to the director’s seat. Only this time, it’s not for the boys, but for the girls.

Films based on the school and college life of young boys have been many in the Marathi industry, but Vishal decided to take the road not taken. The film, titled Girlz, will delve into the happening life of girls.

Speaking about the same, Vishal said, “Many people say that girls can’t be friend among themselves, like the way boys are. But I think that’s completely false. The friendship among girls and the fun in it is unique. The only difference is that the girls keep their conversations and interesting incidents in their lives to themselves. Going with the phrase Why should boys have all the fun’, I thought of making a film that brings the life of girls to the big screen. This will be a first-of-its-kind film in Marathi cinema.”

The film’s producer Naren Kumar adds, “It’s been a long time since a film about girls has been made in the Marathi industry. I remember Bindhast, which released almost 20 years ago. After that, Girlz will fill the void. When Vishal came to me with the story and concept, I immediately agreed to produce it because the story was very interesting.”

What will the film show exactly? Who will feature in it? All these questions will be answered soon. The film, which deals with the modern day girls who want to break the shackles of society and do something different, will release on November 15, 2019.

Presented by ‘Everest Entertainment’ & ‘Kyra Kumar Kreations’, under the ‘A Kyra Kumar Kreations Production banner, the film will be produced by Naren Kumar, Sujatha N Kumar, while Amit Bhanushali will be the associate producer on this film.