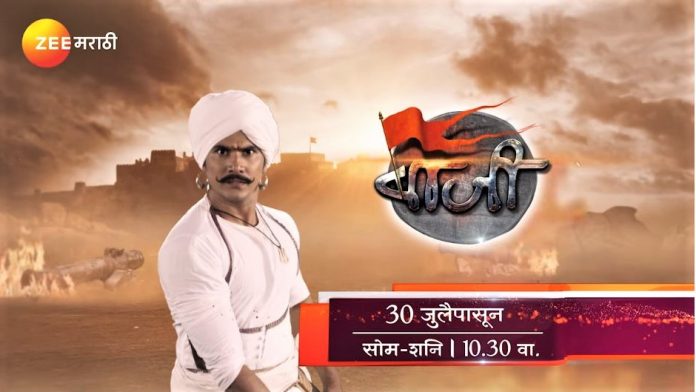 The serial ‘Grahan‘, currently being played on Zee Marathi will reveal it’s mystery soon, because it has now come to an end. This weekend it will say good bye to all it’s audiences. This slot will be replaced by a new serial ‘Baaji’ with exciting story and is based on Peshwai period.

‘Grahan’ has completed with it’s shooting last month only. It’s last episodes will be showcased this weekend. This slot is going to be booked for a new series ‘ Baaji’ with 100 episodes limitation again. In the second half of Peshwai, Britishers had joined hands with Nijam’s to end Maratha Kingdom. In reference to that time, the fictional story of ‘Baaji’ has been written. At that time a spy named ‘Shera’ was sent to Peshwai and he was given a hundred day term to demolish Peshwai. Serial is based on this plot. “This is the story of the genre of G. N Dandekar’s novels”, said Zee Marathi business head Nilesh Mayekar. Although the plot of the series is historic, the story is completely fictional. Mayekar also said that, “some real happenings of that time have been referenced”.

In the second half of the Peshwai, the British collaborated with the Nizami to end the Maratha rule. In reference to that time, the fictional story of ‘Baji’ has been written. The story of this series was that at that time a spy named ‘Sherra’ was sent to the Peshwai and he was given a hundred-day term to end to Peshwai. This is the story is similar to the style of G. N. Dandekar’s novels, and in this series, along with Abhijit ShwetaChandra, Nupur Daithankar will be seen in the lead roles.

Kshatriya dancer Nupur Dithankar, who has got the heritage of art from childhood and who has a love for art, will now appear in the lead role on small screen. She will play the role of ‘Hira’ in this series of Zee Marathi. The film is shot in Pune, Bhor, Satara and Saswad. This series is mainly based on the latter part of Peshwai. This will show many of the true facts of 1770. These include Biniwale, Kotwal, Katraj’s poison experiment, Godown fire, and theft of the Ganpati necklace. In this, the character of ‘Sherra’ will be played by Prakhar Singh while the character of ‘Baji’ will be played by Abhijit ShwetaChandra. Nupur said, Santosh Kolhe had worked very hard for this series. Nupur said, “This is a fictional story that shows the love story of Baji and Heera. Each character of this series has different combinations. In this I have been shown as heroic, courageous, intelligent and also shown as horse-rider and sword-fighter. This role is very much challenging for me.”