Who Will Become Vazandar On The Sets Of Vikta Ka Uttar, Priya OR Sai??

Vikta Ka Uttar Serial On Star Pravah is becoming more popular in All over Maharashtra and show is getting a best response from Maharashtra. This show has made Celebrity to common man and given opportunity to became a Lakhpati. Recently Vazandar Actress Sai Tamhankar and Priya Bapat have participated in this show and they will donate the gained amount to a social institution. So in order to see how much amount they have earned, watch the show which will be aired on Star Pravah on Friday, 11 November 2016 at 7:30pm. 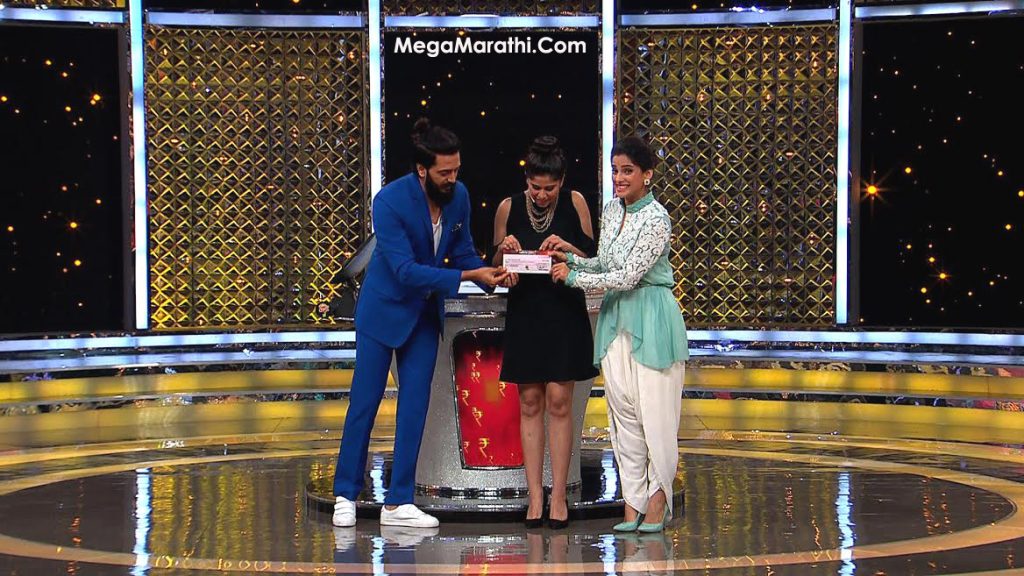 In this episode Sai And Priya has made lots of fun with Riteish Deshmukh. They have also shared their old memories. Especially Sai has revealed sweet feelings regarding the increased weight of Priya. Ritesh has kept a competition of eating Gulabjamoon in this show and also they have enjoyed a fun of treading a deals. So don’t miss to watch this thrill on Star Pravah on Friday, 11 November 2016 at 7:30pm.