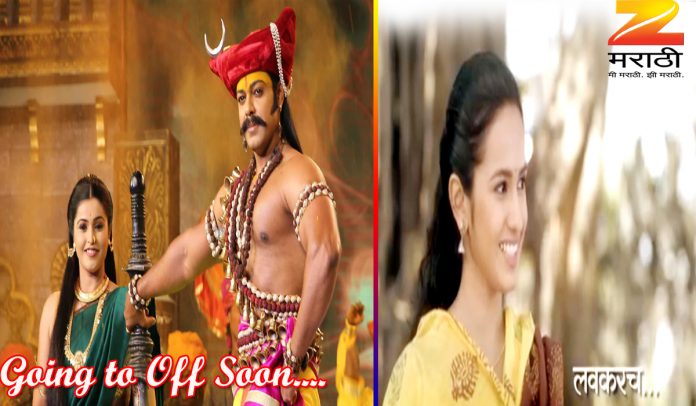 Based on story of Maharashtra’s first deity,  Khanderaya, a very famous serial ‘Jai Malhar’ is coming to an end soon. Instead of that a new serial based on life story of soldiers will be coming soon at 7 pm. But why the serial had to be ended the reason is not known. It will be replaced by new soldiers life serial. Serial is titled as Lagira Jhala Ji. But it will be released soon.  Promo of that serial is going viral on social media. Promo shows wordings like “Lakh Astyal Man Mauji Pan Lakhat Yek … Majha Fouji” … and another promo shows “10 Rupayachya Kafnat Tar Konibi Gundalun Jatay …Tirangyat Lapetun Jaychi Shaanch Wegli Astiy”.. Here is promo of Lagira Jhala Ji Zee Marathi serial.

‘Jai Malhar’ is one of Zee Marathi’s popular serials. On 18th may 2014 the first episode of ‘Jai Malhar’ was aired. After that in a very short time this serial gained fame. This serial has completed 900 episodes and the 942nd episode will be the last one. ‘Jai Malhar’ went on for 3 years and it will be coming to an end by the ending of the month of April. A few episodes from this serial became soo famous that it broke many records. When the clock strikes 7, even now in many houses people gather around their televisions to watch ‘Jai Malhar’. Now the serial which comes in its place we have to see how much audiences liking will it gain.

Devdatta Nage ( Malhar ), Esha Keskar ( Banu ) and Surabhi Hande ( Mahalsa ) reached many houses through this serial. On 15 th April it will be the serials last shooting. Khandoba, Mahalsa and Banu walking towards Kailas will be the last scene.