The title of the new TV show – Kunku, Tikli aani Tattoo – is quite suggestive of Colours Marathi has in store for us. From the first two words of the title it seems as if it’s going to be a TV show with a set of characters steeped in tradition. But the word ‘tattoo’ suggests modernity. After all the youth of today have taken to inking themselves and consider it pretty much a part of their personality.

The programme would be a clash of modernity and tradition. Vibha, a devoted wife strongly believes that a woman is meant to take care of her husband and family. But, Radha detests this regressive thinking and is of the totally opposite belief; she feels that the modern woman is no less than a man and should strive to live an independent life. Kunku, Tikli aani Tattoo would be exploring this clash of ideologies. 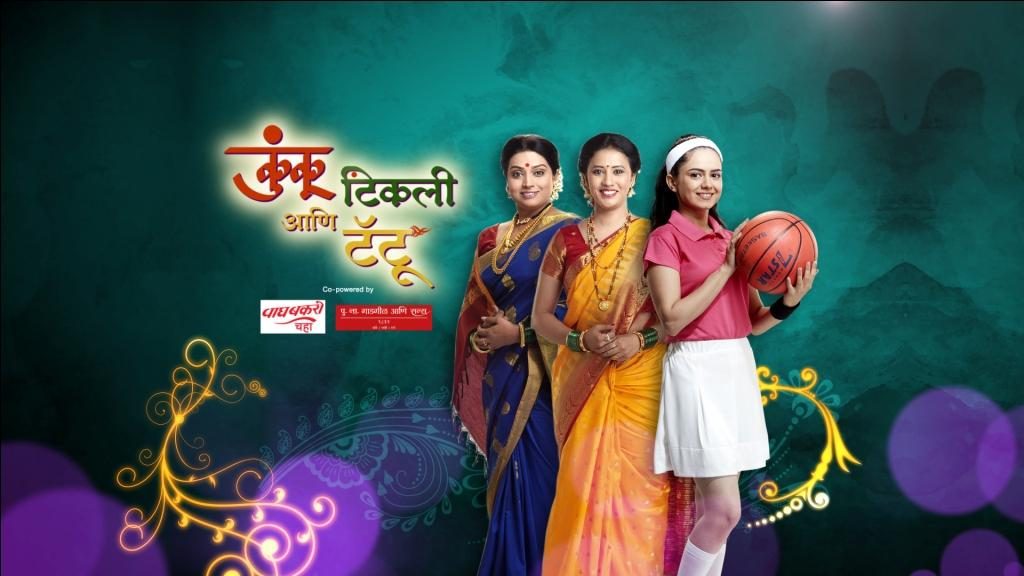 The promo promises a TV show with a lot of grandeur. We have a lot of pretty ladies, wearing gorgeous saris, performing a ritual in which one of the character talks about how a woman should never forget that she’s a woman. She’s shown touching the feet of her husband, no less. But this promo doesn’t show us the rebellious side of the daily soap. It looks like the channel has purposefully decided to keep certain things under wraps and that’s certainly not a bad move.

Though, the plot might not be novel, the high production values are certainly going to be the biggest pull of Kunku, Tikli aani Tattoo. The grandeur will surely be a treat to the eyes of Marathi television viewers. A bunch as talented as Shweta Pendse, Sarika Nawathe and Bhagyashree would only make the show more compelling.

Do not miss the very promising Kunku, Tikli aani Tattoo which will be telecast on Colors Marathi from Monday to Saturday, from 2nd April at 08:00PM.