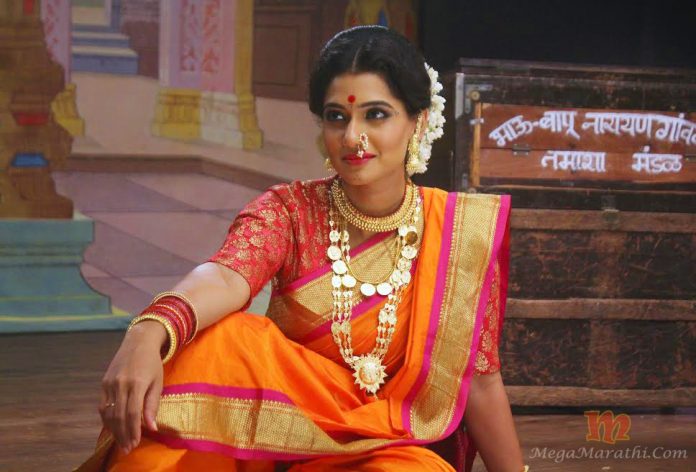 The dying art of Tamasha, which began as entertainment for the troops of Maratha King Chhatrapati Shivaji Maharaj, is all set for revival in Maharashtra as director Pundalik Dhumal helms the eponymous Vithaa, the shooting for which has already wrapped up and the film is in post production stage.

Playing the legendary Vithaabai, who began her journey as a tamash-gir (the woman who dances in a tamasha, a Maharashtrian folk art) at the age of 11 and regaled her audience with her dance and singing till she turned 70, will be Urmila Kanetkar-Kothare.

Vithaa, a biopic, will outline the struggles and challenges of Vithabai Narayangaonkar, the first female artist ever to be awarded by the President of India for the art of lavani and tamasha.

Upendra Limaye too will essay an important role in this biopic that is likely to raise the hackles of critics as it delves deep into an art form that is on the verge of collapse for the want of government patronage.

‘Namrata Entertainment Pvt Ltd’ along with ‘Aapla Pictures’ has produced the film, slated for release soon across Maharashtra.

Vitha’s screenplay and dialogues are written by Pundalik Dhumal and Shantanu Rode,  director Sanjay Jadhav,who will be seen in an interesting role in the forthcoming release ‘Lagna Mubarak’, will be showcasing his trade as a cinematographer for Vithaa along with Devendra Golatkar, while art direction is done by Mahesh Salgaonkar.

Critics will be waiting with bated breath to express their opinion on the film’s music, as Vithaa is, because the story so demands, will be a musical and the music for the film is scored by Ajit Parab, Sameer Mhatre and Rohit Nagbhide.

With Phulwa Khamkar’s choreography will be set into motion by art director Mahesh Salgaonkar, while the make-up and costumes department is handled by Anil Pemgirikar, Mahesh Barate, and Sanjiv Rajsingh, respectively. Vijay Khochikar is the film’s editor.

Tamasha, is a vigorous form of dance, accompanied by singing and set to the rhythm of Dholkis (an oblong cylindrical musical instrument with leather diaphragm at both ends).

With such an extravagant assembly of cine artistes are you all set to tap your feet to Vithaabai Narayangaonkar’s life and times?