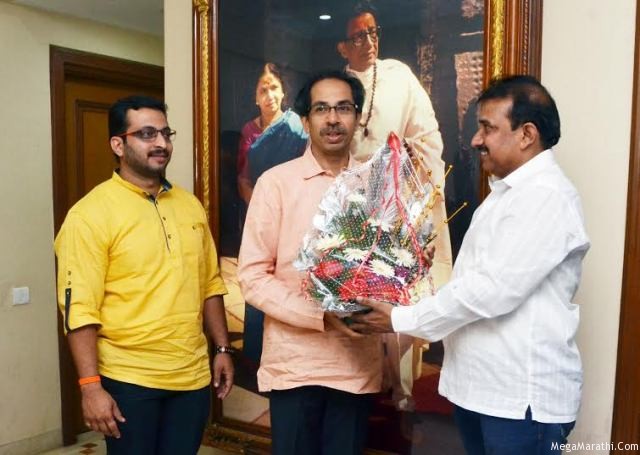 Marathi cinema is changing a definition of Silver Screen day by day. Consistently there is generation of diversified movies on Silver screen. Various subject handled by Producers and Directors like historical subjects and great personalities before Independence. Audiences have appreciated the arts. In this list we have to mention one more upcoming movie “Krushnaji Ek Yoddha” its ignored subject but he was a shining warrior of history.

The inauguration of J J Creation’s “Krushnaji Ek Yoddha” done by Shivsena Party Leader Uddhavji Thakare. The film is based on Anand Samant’s novel “Liliyanchi Bakhar” produced and directed by ‘Chalk and Duster’ fame Jayant Gilatar. The love story in the battle between British and Marathe’s is a thrill of the movie. J J Creations has already presented ‘Sadrakshanay’ and ‘Ranbhoomi’.

The role of Great Krushnaji is doing actor Dr.Amol Kolhe. Actor Amol Kolhe glad due to the movie of great warrior on Silver Screen.