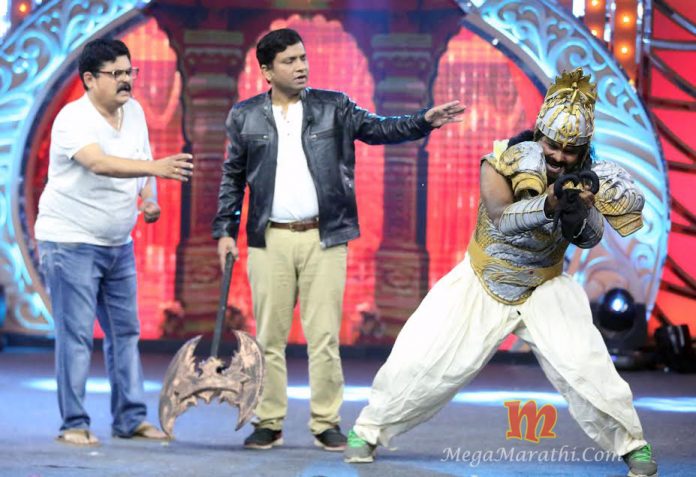 Zee Talkies Comedy Awards, honored the humorous artists who entertained a lot of audiences, saying that, ‘ Making people laugh is our only job’. Swaapnil Joshi and Pushkarraj Chirputkar hosted the celebrations of comedy awards show. The event’s color enhanced with a fierce humour from both of them. They provided good entertainment for people from Marathi cinema and theatre. The festival will be held every evening on July 30 at 6:30 pm and it can be caught on Zee Talkies.

In this year’s award, ‘YZ’ movie and ‘9 crore 57 lakhs’ drama, left a mark on the award function, while Lalit Prabhakar was nominated for Best Actor in the film category and Sai Tamhankar won the Best Actress Award. Anand Ingale and Sulekha Talwalkar won in the play section. In the drama section, a revived play ‘Shanteche Kart Chalu Ahe’ won the Best Play award. Actor Priyadarshan Jadhav and actress Vishakha Subhadar bagged awards for the same play.

Veteran actor Dilip Prabhavalkar, who won prestigious ‘Jeevan Gaurav’ cinematic award, was honored with the prestigious giving Award. Veteran theatre Vasant Awasarikar was given the special award for drama. The special jury award was given to ‘bhartiya Digital Party’.

The ‘Zee Television Comedy Awards’ celebrated with an impressive desire for every award, for exquisite artwork, and it’s a spontaneous appreciation of the audience. Broadcasting on the 30th July 6.30 pm only on Zee Talkies