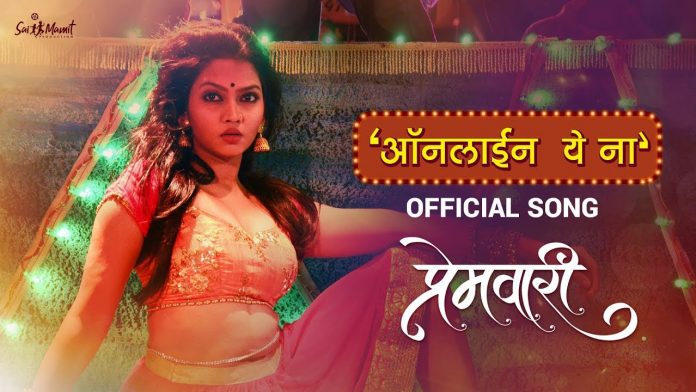 The film which speaks about the language of love namely ‘Premwaari’ recently released its item song ‘Tu Online Ye Naa’ to great response. Actress Meera Joshi on whom the song is picturized will sizzle in the song and enthrall the audiences. Her entry in the song is from JCB and the colorful and zingy picturization of the song which was picturized in a village near Kopargaon called Vari. It was picturized in two nights schedule with lyrics by Guru Thakur and music by Amitraj and the dulcet voiced singer Vaishali Samant has crooned the song which is racy. The choreography is by Sujit Kumar and this song is racing up the charts.

Prem aka  Love means sacrifice, giving up all worldly needs, and other such shades of love are shown in the film. The film stars Chinmay Udgirkar, debutant Mayuri Kapadne, Abhijit Chavan, Bharat Ganeshpure, and the film is produced under the banner of Saimamit Productions .The film is written ,directed  and produced by Rajendra Kachru Gaikwad. He also presents the film. The film which celebrates the feeling of love will release in the Valentine week on February 8.