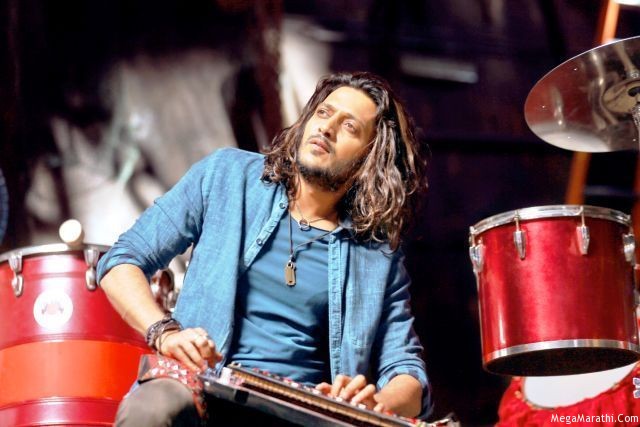 The first look of Banjo sees Riteish sporting long tresses in which he plays a street musician. Interestingly, the actor is playing a full-fledged Maharashtrian character for the first time in a Hindi film.

Banjo is not just a story… it’s a journey in which someone crosses seven seas to meet her dreams. And some reach their hearts to meet themselves. Orchestrated by a destiny, a DJ from US meets a Banjo party from Mumbai. Together, they take the leap, they fly, they rise, they stumble and they stand again.

Produced by Eros International and directed by critically-accliamed director Ravi Jadhav, the first schedule of Banjo, starring Riteish Deshmukh and Nargis Fakhri has commenced in Mumbai.