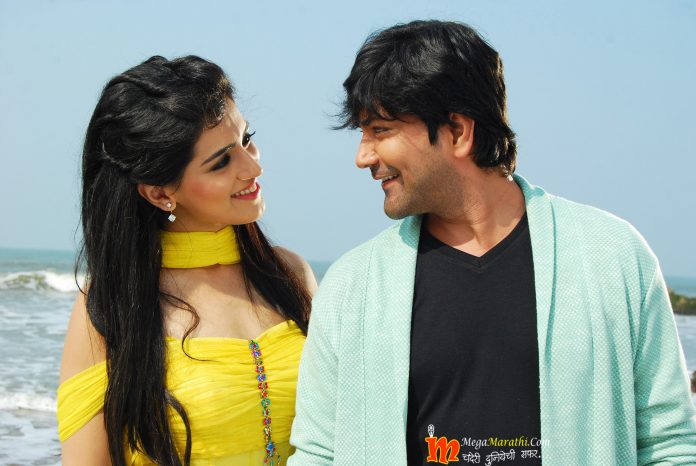 Aniket Vishwasrao, who has a chocolate boy image in Marathi film industry, recently got engaged with actor Sneha Chavan. This fresh couple will be seen sharing screen for the very first time in a film titled – ‘Hrudayat Something Something’. This film will be presented by Pyramid Films House.

While talking about Sneha, Aniket Vishwasrao said, “Before meeting Sneha on the sets of ‘Hrudayat Something Something’, I had never seen her work of theatre or cinema. While working in this film, I realised that sharing she is a honest, hard-working and a talented girl. This movie gave me a friend for lifetime while we were shooting in Goa.” (Also See Photos of Aniket Vishwasrao and Sneha Chavan’s Engagement )

While speaking about how they bonded together, Aniket said, “We both are foodies and apart from this fact, we are very different personalities”. He also adds, “I am kind of introvert guy, whereas she is very outgoing kind of person who love to socialize, is very enthusiastic, and also a brave girl.”

Recently, character posters of Aniket Vishwasrao, Sneha Chauhan and Priyanka Jadhav were revealed through social media. People are now curious to know who are the other characters in the movie.

Audience would be able to watch this ‘Hridayat Something Something’ from 5th October in the near by multiplexes.