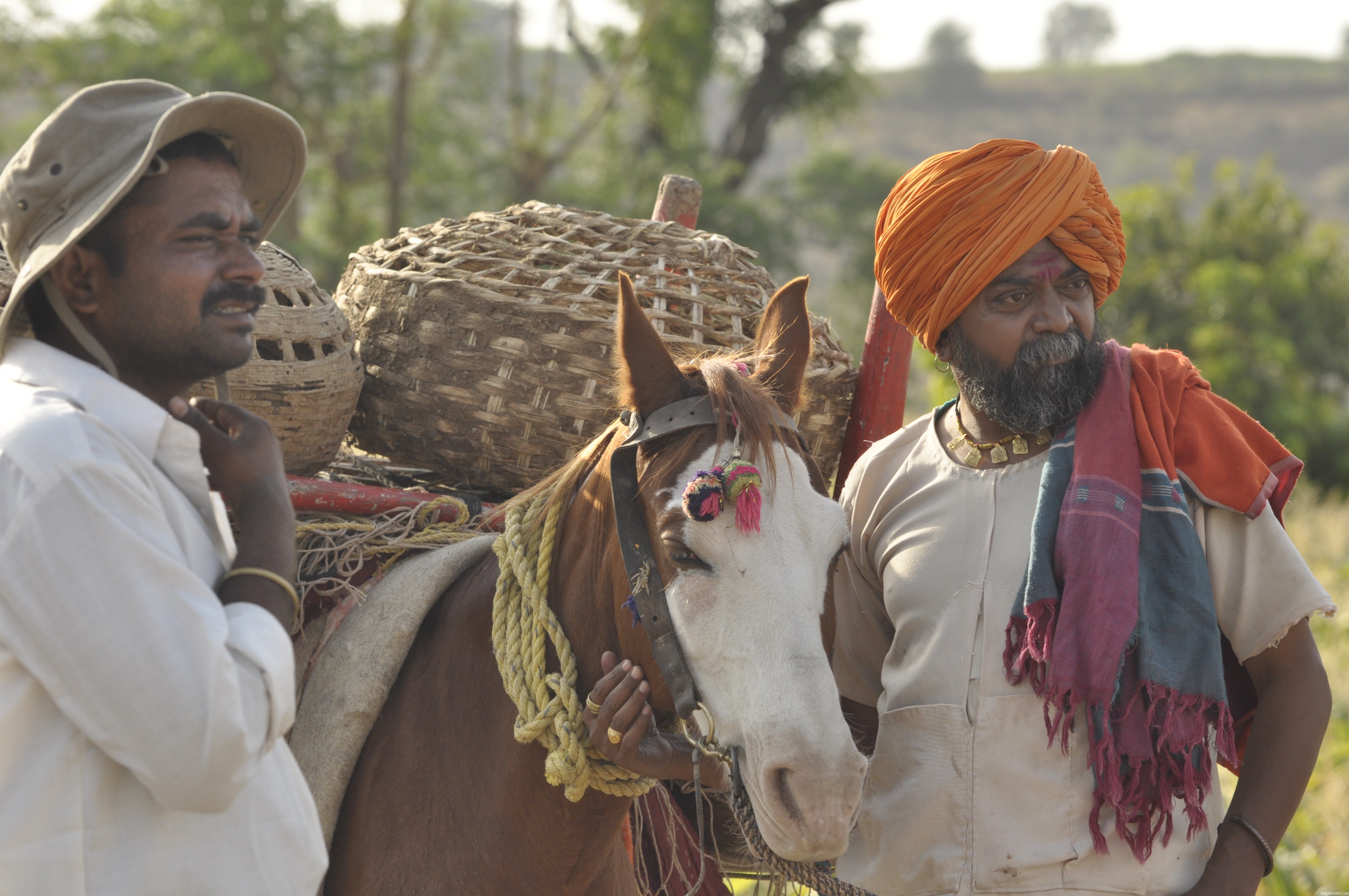 Khwada, a national award winning film that has marked the much-acclaimed debut of Bhaurao Karhade as a director will be released across Maharashtra on October 22nd. The date was announced today in a press conference held at Plaza cinema in Dadar.

Chandrashekhar More, one of the leading art directors of Hindi film industry is a presenter of this film. He along with Karhade who has also produced this film announced the release date. On this occasion, the entire team ofKhwada including its lead actors Shashank Shende, Bhausaheb Shinde and Anil Nagarkar were present. Audience will be able to watch this award winning film on October 22nd as it will be released in all parts of Maharashtra in as many multiplexes and single screen theatres as possible.

Chandrashekhar More saw the hard work and the passion taken by Karhade to produce this film and decided to present it. More is known for his stupendous display of art direction for ‘Pandharichi Vari’ a tableau made for the Republic Day that won the first prize. He is also known for his art direction in popular films like Rock On, Happy New Year, Dil Dhadakne Do, Delhi Belly, and Zindagi Na Milegi Dobara and also for the upcoming film Raees. Marathi Cinema and Marathi Literature are the subjects that are close to his heart and that is why he provides a solid support to new struggling Marathi film directors. In 2009, He had produced a Marathi film ‘Anolkhi He Ghar Majhe’ directed by Sachin Dev.

While speaking about backing new directors, More said, “As I am also an artist, Bhaurao’s struggle and passion touched my heart. Lack of financial backing should not stop a talented director like him to make films and that is the main reason behind our decision to back this film. I am going to use my experience and relationships in the film industry to make this film reach to as many people as possible. I am sure that Bhaurao’s first attempt as a filmmaker is outstanding and his critically acclaimed film will receive a great response from the audience as well.”

Karhade expressed his gratitude towards his friend Chandrashekhar More for lending a huge support for his film. He also said that a lot of problems were faced by him and his team while making Khwada but his goal to make this film at any cost kept him going. He also said that this film is made to provide a wholesome entertainment to every member of a family and audience will get a unique cinematic experience when they will watch it on the big screen.

The cinematography has been done by Veerdhawal that showcases some impeccable locations in Ahmednagar and editing has been handled by Rohan Patil. Sandeep Inamke has made this film visually beautiful through his art direction. A song in this film has been written by Vinayak Pawar and the music is given by Rohit Nagbhide. This film is blessed with great sound designing done by Mahavir Sabanvar. Also, Chandrakant Raut is a co-producer of this film while Mangesh Jodhale is the executive producer.

Khwada with its unique cinematic treatment and experiments in sound design will hit the theatres on October 22nd to mesmerize the audience and cinema lovers across Maharashtra.