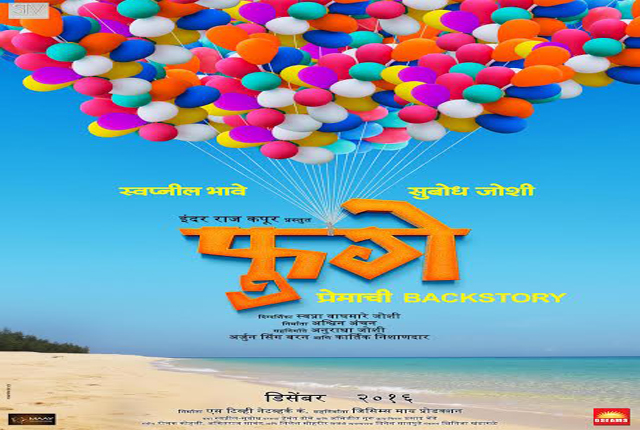 Always with an intention to offer something new to the audience, Mitwaa Superhit movie’s Director Swapna Waghmare Joshi is back with yet another unique romantic backstory ‘Fugay’. The audience will witness actors Swwapnil Joshi and Subodh Bhave as lead coming first time together with this movie.

Recently the teaser poster of this movie was launched digitally which was immediately accepted by the fans of the duo. The poster is going viral making the Team Fugay happy and further excited about the movie. The movie is presented by Inder Raj Kapoor and produced by Arjun Singgh Baran, Kartik Nishandar and Anuradha Joshi under the banners STV Networks, GSEAMS and MAAY Productions.

Before the release, the movie is already catching attention because of the talents and team involved in Fugay. STV Networks one of the top distributors and exhibitors and GSEAMS one of the established studio and promoters of Marathi movies have collaborated to make this film. Adding to the strength is the director Swapna Waghmare Joshi along with the duo Swwapnil and Subodh.

The teaser poster seems interesting making each one curious and excited as to what happens next in the movie?