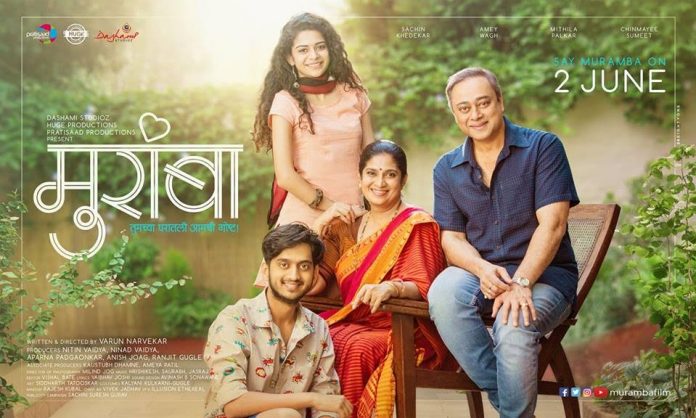 Everywhere we can see youngsters lost in their mobiles and laptops and their parents wondering what’s exactly there in these things? Till yesterday the kids who asked many questions and were curious about stuff are now growing up and saying ‘You Won’t Understand’ and ignoring parents when asked about something. To fill the gap between the kids and the parents generation.. to become their child’s friend the parents decide to become cool and ‘social’ and in this they realize the closeness of the world and they get lost in the techno-savy world and become too ‘Social’.

Recently Bhartiya Digital Party (BDP) , web channel and Muramba’s team made ‘Aai Baba Live Jatat Tevha’ video and it was a hilarious one. Basically to understand what Facebook live is the parents get curious and they go live and then they get weird ideas and then they open secrets which the kids have kept since a very long time , and then they plan to address Mark Zuckerberg and advise him and such many innocent fun and frolic things happen. After watching this video one can’t help but think that this might happen at their place too.

Everyone’s life’s first friend means mother. The one who keeps attention to the smallest of things, who cares, who advises, who corrects at times and sometimes even emotionally blackmails such is a mother ; but age keeps on increasing and our social circle keeps growing and somewhere we forget this old friend. The thing that reminds us of this childhood friend is alok’s mother from Muramba’s teaser.

All in all both the teasers of ‘Muramba‘ have shown the affection between Alok and his cool parents and it has increased our curiosity and excitement.