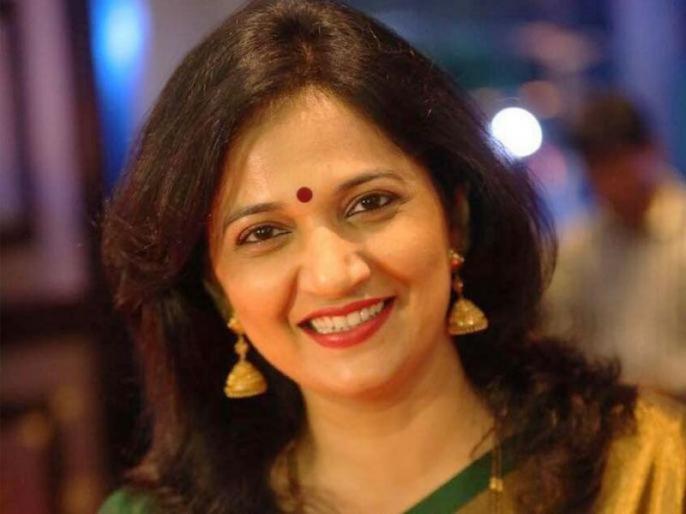 Kavita Lad Medhekar has always ruled the hearts of the masses with her dusky beauty and acting talent. Whoever thinks of Kavita Lad Medhekar has always good things to say about her and her work. Due to marriage she had to keep her stage and film work aside for some time. This break was good for her and now she is back again with a very interesting play and a film called ‘Love You Zindagi’.

Kavita is very much enthused about her new film. When director Manoj Sawant narrated the story of the film she instantly liked it and said yes to the film. Also she gets an opportunity to work with the veteran Sachin Pilgaonkar which might be another reason for her to stage a comeback with this film. She plays a character called Nalu in the film.She plays the role of the wife of Sachin Pilgaonkar. The film is a family entertainer and Kavita has two emotional sides to her role.  On one side she is the devoted wife to her husband, encouraging to her husband, giving a lot of leeway to her husband, always trusting her husband, giving a fillip to her husband to stay young at heart and physically, and on the other side is the simple but  mentally tough Nallu.

In married life the husband and the wife have to give each other a lot of ‘space’ and Kavita says that this is one thing she has in common in her real life too. She further adds that it was fun for her to play the trusting wife and later the betrayed wife. When asked why should anyone watch the film she says that it is a clean family entertainment fare and in these fast times of today people and audiences get very less of clean family entertainment and they can get this if they see the film which is clean homely entertainment. She avers the fact that acting on stage embellishes her craft of acting in films. Seeing her in the role of Nallu one can surmise how she has honed the craft of acting on stage which gives her the confidence of working in films in an inspired manner. Always in the hearts of the audiences, an excellent actress and a very sweet and pleasing personality this film of Kavita Lad Medhekar ‘Love You Zindagi’ releases on 11 January.