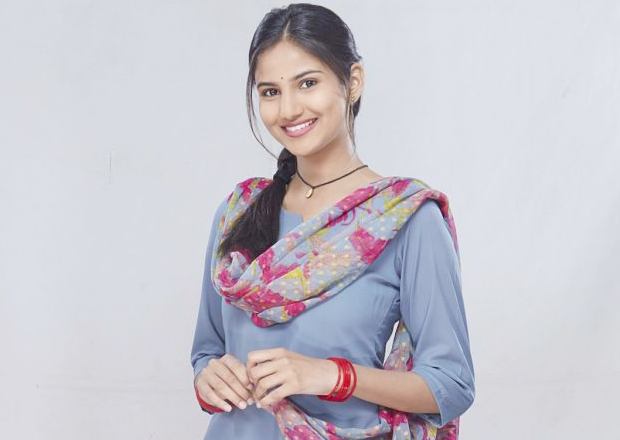 ZEE YUVAA always brings different and  good content in their shows which are hugely appreciated by the viewers. The audiences like the gist of ZEE YUVAA shows and the shows get popular. Now the teaser of a new show ‘Saajnaa’ has been released to much appreciation by the viewers and there is a lot of expectations from the show amongst the viewers.

The show starts beaming from April 15 Monday to Saturday at 7 pm on ZEE Yuva. In the show newbie Pooja Birari plays ‘Ramaa’ in the lead role. Ramaa is a young girl living in a village and due to poverty is unable to study but she is still a principled girl. Even with lack of education she is a brave and forthright girl. She has big dreams and is willing to work hard to achieve her big dreams. The story of this dynamic girl and her love story with a rich boy in her village is likely to be appreciated by the viewer’s big time. The many splendorous colors of love of Ramaa and her rich young boyfriend is a new beginning for actress ,the debutant Pooja Birari.

Acting for the first time on the small screen Pooja  has to say about her character in the show , “ The character Ramaa and myself in real life are very similar like being happy and keeping others happy all the time and that’s why it was not difficult for me to essay this character. But being my debut show and being in the front of the camera for the first time , I was a bit apprehensive. But I got to learn new things and new experiences. I am eagerly awaiting the viewers response to my role in the show and have a mixed feelings of fear and expectations. I hope the audiences like my show”.

Don’t miss to watch ‘Saajnaa’ on ZEE Yuva from April 15 Monday to Saturday at 7 pm.