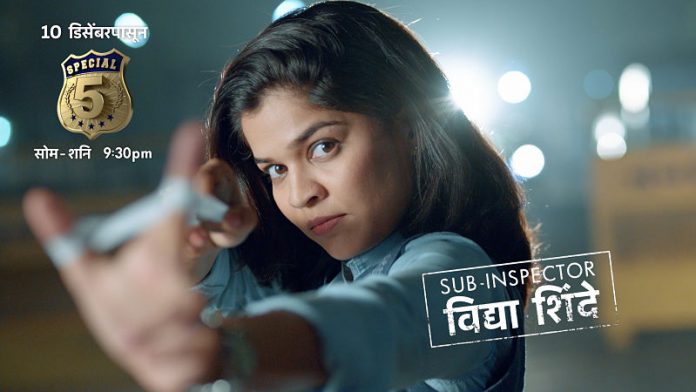 We watch various crimes happening around us, we read about it and hear about it and this creates a fear in our minds to know more about it. We think whether the crime on the real can happen to us in our real lives. And our minds get in a frenzy. But now this won’t happen in the future. Not any crime doer can trouble you now. Because the crime busting show ‘Special 5’ on STAR PRAVAH will help you to eliminate crime around you. And this is a ray of hope for you.

With their motto ‘Sadrakshanay Khalinigrahnaay’ to serve the nation come five rugged personalities together to form the squad ‘Special 5’and this team is really special. In the show actor Ajay Purkar will play the role of Inspector Yashwant Inamdar and in the role of a lady sub- inspector Vidya Shinde which will be essayed by Neha Mahajan and in the role of Sub Inspector Arjun Bhosle will be seen Sameer Vijayan.

The promos of the show which feature these three actors has captured the imagination of the audiences. Therefore the identity of the other two cops has been kept under wraps and the audience is keen to know it. The show ‘Special 5’ will be telecast from December 10 Monday to Saturday at 9.30 pm only on STAR PRAVAH!